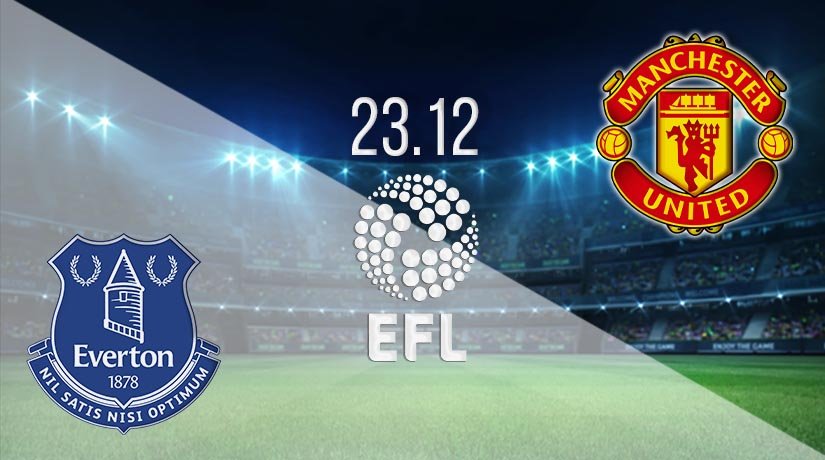 A fascinating match from the EFL Cup will be played on Wednesday evening when Everton and Manchester United clash from 20:00 GMT. This game is the quarter-final of the competition and will see one team bag an appearance in the semis at Wembley next year. Will the Toffees come out on top or can the Red Devils continue their cup run?

Toffees on a sweet run

Everton are going great guns in the Premier League and have a real chance to go on an extended cup run lasting into 2021. The Toffees enjoy home advantage over fellow top-tier side Man Utd and will fancy their chances of making the last four of the tournament. They line-up for this test having beaten West Ham United in the fourth round of the EFL Cup at this venue back in summer, Calvert-Lewin grabbing three of his team’s four goals.

There was more to shout about at home in the league earlier this month when rising to the occasion and beating Arsenal 2-1 to settle what was a competitive match. Pepe scored a penalty for the beaten team but an own goal from Holding and Mina winner made the difference. There’s a real belief in the home dressing room.

Red Devils on a great run

Manchester United have endured another slow start to the season but the Red Devils do appear to be back moving in the right direction, at least domestically. Solskjaer’s men were eliminated from the Champions League, finishing behind PSG and RB Leipzig. A disappointment for all concerned but the players can fire back during the festive period.

A stunning win over Leeds United at Old Trafford saw United score six goals as they dismantled the Peacocks to catapult themselves into the top-four. Could Man Utd keep improving and lay down a genuine challenge to Liverpool and Man City for the title? It’s possible but the players can leave their pursuit of points at the door for 90 minutes and enjoy cup football.

Two teams enjoying great form and bursting with confidence. The winner of the trophy could come out of this match and that makes this an interesting watch for armchair fans. Everton are the free-scoring home team while United have a winning record over their hosts.

Make sure to bet on Everton vs Man Utd with 22Bet!