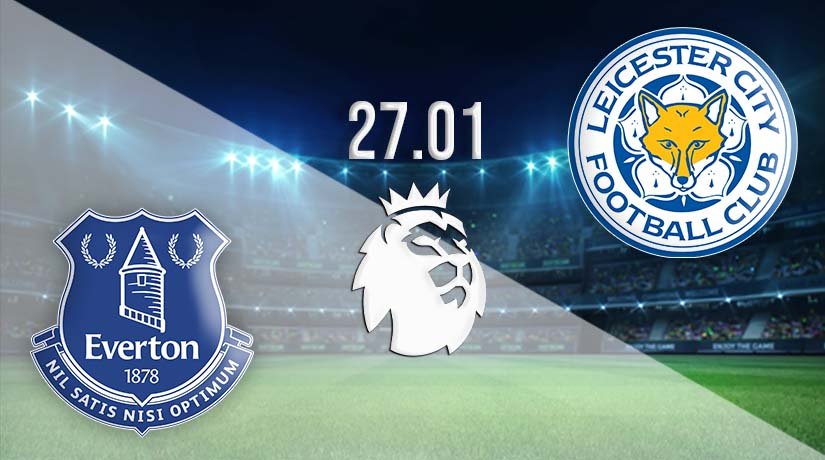 Two of the in-form sides in the Premier League will meet at Goodison Park on Wednesday night, as Leicester City will be looking to go above Manchester United in the league table.

There is more than a feeling that Leicester City are going to play an important role in the Premier League title race this season. The Foxes look to be in a strong position at the half way stage, as they are within touching distance of both Manchester United and Manchester City. They have won 12 games so far this season, which is the league’s joint-best record. They couldn’t be in much better form ahead of this testing fixture, as they have won their last three in the league. Leicester were able to rest a few of their star players at the weekend, as they made it through to the next round of the FA Cup with a 3-1 win against Brentford. The Championship side took the lead early tin the game, before Cengiz Under, Youri Tielemans and James Maddison turned the game around in their favour. However, the Foxes will need to deal without the injured Jamie Vardy for the next couple of games, as the striker is out for a month.

The incentive for Everton will be clear this week, as they will be able to go above Liverpool in the league table with games in hand. The Toffees have been able to rediscover their early season form over recent weeks, and have won five of their last six games. Their last Premier League win came against Wolves, before they managed to secure their place in the next round of the FA Cup in their most recent fixture. Everton were far too strong for Sheffield Wednesday in that cup tie, as they won 3-0. Dominic Calvert-Lewin opened the scoring in the win, before Richarlison and Yerry Mina added further goals.

Everton will be confident coming into this fixture, as they have won the last two against the Foxes. Among the recent wins that they have recorded was the 2-0 win that they achieved at the King Power Stadium in December.

This will be a big game for both these sides, as it will give an indicator to how far they have come. Leicester won’t have the same threat in the final third without Vardy, which means that Everton could continue their excellent run of form with a win.

Make sure to bet on Everton vs Leicester City with 22Bet!