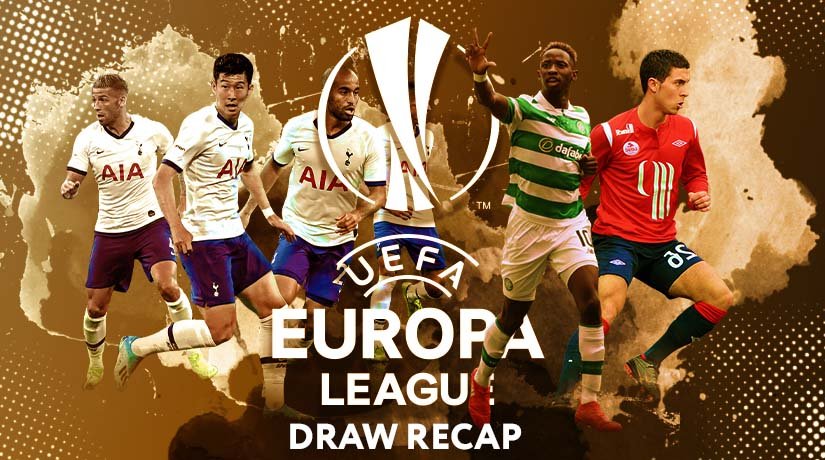 The playoff round of this season’s Europa League came to a thrilling conclusion in midweek, paving the way for an intriguing draw for the group stages on Thursday afternoon. The pools for UEFA’s second-string competition have been made and football fans have some fascinating matches to look forward to including big games for the British representatives.

The draw was made in Nyon on Thursday with Celtic and Rangers flying the flag for the Scottish Premiership, Arsenal, Leicester and Tottenham of the English Premier League hoping to go all the way to next year’s final. Other teams of note from European football included in the Europa League group stages draw include Roma, Bayer Leverkusen, Benfica, Real Sociedad, Napoli, Milan, Villarreal, Feyenoord and Hoffenheim.

Steven Gerrard’s Glasgow Rangers grabbed the headlines in the Europa League group stages when upsetting the odds to defeat Turkish giants Galatasaray at Ibrox. Goals from Arfield and Tavernier put the Gers in a commanding position before their opponent’s hit back late in the second half, but that response proved to be little more than a consolation goal for a club left looking shellshocked. The reward for Rangers was a place in Group D alongside Benfica, Standard Liege and Lech. That looks a pool the Scots can come through.

Scottish champions Glasgow Celtic also came through a playoff match when leaving Sarajevo with a narrow victory that saw then book their place in Thursday’s draw for the groups. Neil Lennon’s side began their European adventure in the Champions League but were eliminated at the qualifying stages. They avoided a similar fate in the Europa League meaning the Bhoys will be involved in European football for the rest of the year. Celtic were added to Group H where they can look forward to matches home and away against Sparta Prague, Milan and LOSC.

Of the teams from the English Premier League, we saw Leicester make their Europa League debut. The Foxes only narrowly missed out on a place in the Champions League after dropping out of the Premier League top four late in the season. The Foxes came from pot two and drop into Group G where they line-up against Braga, AEK Athens and Zorya Luhansk. That is a table Leicester will believe they can finish top of.

Arsenal have high hopes of finishing in the top four and returning to the Champions League but if they were to win this competition it would also see them sneak back into Europa’s elite. Mikel Arteta’s Londoners are good enough to go all the way to the trophy but if they are to achieve that they must come through Group B alongside Rapid Vienna, Molde and Dundalk.

In Group J we find Jose Mourinho’s Tottenham. The manager has recent experience of winning the Europa League with Manchester United who defeated Ajax in the final. Spurs will play six Europa League group matches, two against Ludogorets, LASK and Royal Antwerp.