Main page - News - All the Essential Info About Euro 2024: Venues, Games, and Participants 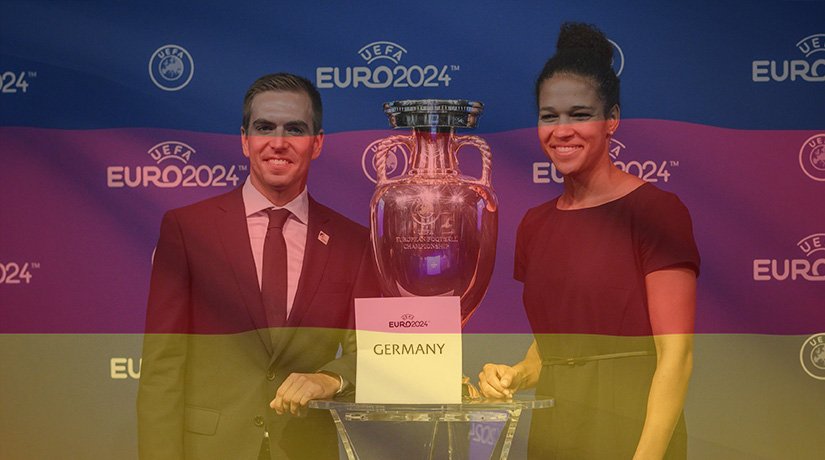 All the Essential Info About Euro 2024: Venues, Games, and Participants

After the voting of the UEFA committee, Germany managed to beat Turkey for the honor of hosting the Euro 2024 Championship. It will be the second opportunity for Germany to stage this prestigious tournament, with the first one being in 1988. Additionally, Euro 2024 is going to be the largest sporting event for the country after the 2006 World Cup.

Euro 2020 is currently experiencing a postponement as a consequence of the COVID-19 outbreak. When the event happens in the summer next year, it will be covering a major part of Europe, spreading across the territories of 12 countries. Euro 2024, however, will return to the single-country format with Germany hosting all the matches.

Germany now has four years to prepare for UEFA’s main international championship. While it is still a long way to go and some details of the event are under discussion, the officials have already announced the game venues.

Main Dates and the Qualifiers

Euro 2024 will be happening between the months of June and July, with 24 countries competing for the champion title.

The qualifiers for the competition will start in March 2023, following the draw that will happen in December. The qualifiers will follow the regular procedure from the previous years, when the top two teams from every group qualifies automatically The best third-place team will also join them.

Germany will automatically be qualified because it is staging the event. The four national teams that win the play-offs will take the remaining slots in the European tournament.

Germany will dedicate ten arenas for the organization of Euro 2024 with locations all around the country, covering several regions.

According to the UEFA’s requirements for stadium capacity, the venues selected for each match should be able to host at least 30,000 people but preferably more than that. Germany entirely fulfills those requirements, offering three stadiums that fit an audience of at least 50,000, three arenas that could provide space for at least 40,000 people, and four stadiums that can host 30,000 viewers.

It is not surprising that such giant spaces as the Allianz Arena and Westfalenstadion of Dortmund’s Borussia are the selected venues. Among other locations that will participate in Euro 2024 are Olympiastadion in Berlin and the Mercedes-Benz Arena in Stuttgart. Other cities that will host the grand event are Dortmund, Frankfurt, Cologne, Gelsenkirchen, Leipzig, Hamburg, and Dusseldorf.

The allocation of group matches is yet unclear. However, it is safe to assume that the largest arenas will house the final games. For instance, during the World Cup, Germany used Munich’s Allianz Arena and Westfalenstadion of Dortmund for the semi-final matches.

As for the final game of Euro 2024, the official choice is not to host it in Munich as during Euro 1988. Olympiastadion in Berlin will serve as the location for the closing match, as it did during the World Cup in 2006.