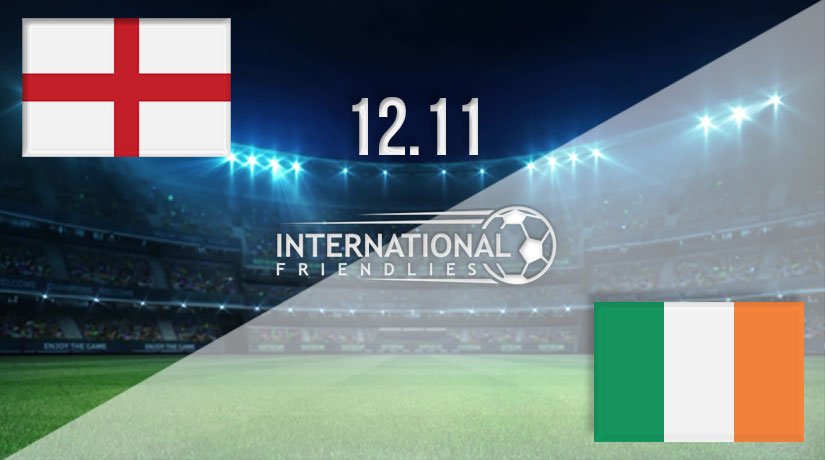 England vs Republic of Ireland Prediction: International Friendly Match on 12.11.2020

Two of the greatest rivals in sport meet for the first time in five years this week, as Gareth Southgate looks to ease the pressure on his job security. But, will the Three Lions get back to winning ways?

It has been a strange couple of months for Gareth Southgate, as he has seen the tide slowly turn against him after a disappointing run of results. England beat Iceland and drew to Denmark before the last international break, but defeat against Denmark in the second game has seen the pressure on Southgate increase. That defeat came just days after England had beaten Belgium at Wembley, with Marcus Rashford and Mason Mount scoring the goals in the turnaround win.

However, fans have been quick to question the tactics that Southgate has been deploying, as the Three Lions lined up with seven defensive-minded outfielders on the pitch in that defeat against Denmark. Fans have been critical of the tactics, as both Jadon Sancho and Jack Grealish weren’t given starts in that fixture. The calls for Grealish to start England games have been deafening, and it will be interesting to see whether he is given the chance to start against the nation that he could have played for.

It has been a more damaging period for the Republic of Ireland, as they saw their hopes of reaching the European Championships go up in smoke in the last international break, as they were beaten in a playoff by Slovakia on penalties. Ireland didn’t score in any of their three most recent fixtures, as that defeat on penalties was followed up with a 0-0 draw against Wales, and then a 1-0 away defeat against Finland. Stephen Kenny is still trying to find the right balance in his team, but this will be a stern test for them.

England vs Republic of Ireland Head To Head

The last six meetings between these sides have resulted in draws, with that run stretching back since the 1990 World Cup. England haven’t beaten Ireland since an international friendly in 1988. The last fixture between these rivals ended in a 0-0 draw at the Aviva Stadium.

England vs Republic of Ireland Prediction

England may not have a very good record in this fixture, but there is optimism that they will be able to get the win at Wembley this week. We expect Jack Grealish to shine as England claim a comfortable win.

Make sure to bet on England vs Republic of Ireland with 22Bet!