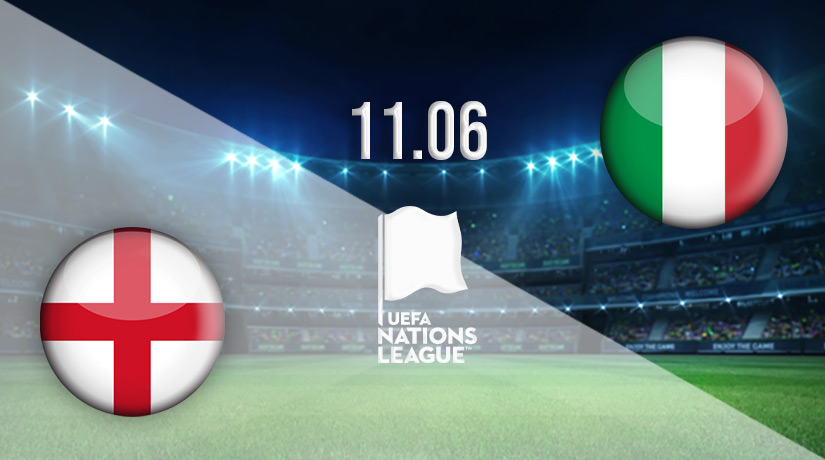 England host Italy in a renewal of a rollercoaster Euro 2020 final when the Italians lifted the trophy and secured their place in history following a penalty shootout at Wembley.

There will be no shootout to decide this UEFA Nations League match, but there are three crucial group points up for grabs, and you can be sure we have plenty more excitement in store. Which team will come out on top and get the win needed to enhance their chances of winning this competition while sending a message to their rivals in a World Cup year?

A competitive 90 minutes is expected, and that is backed up by the head to head stats. Interestingly, the last three meetings of England and Italy have produced 1-1 draws. The two matches prior ended 2-1 in either direction, thanks to second-half goals. There has been no more than one goal between the pair since 1997, a run of nine games.

Big week for the Three Lions

This is two of a three-match run of glamour ties for England, with the hosts playing Germany on Tuesday and Italy on Saturday before signing off with a home tie with Hungary. The Three Lions will be seeking revenge in the latter of those three games after suffering a heartbreaking 1-0 loss in Budapest earlier this month. The winning goal that night was scored by Szoboszlai, who found the net from the penalty spot on 66 minutes.

The game in Budapest was one the pundits had England picked as the favourites to win, but the players came up short that day, and it looked like a few in the starting 11 were feeling the effects of a long, gruelling club football season. International matches played at this time of year are rare unless it’s the World Cup or European Championships, tournaments the players find it easy to get motivated for. Things are different for the Nations League, especially with another busy season starting in August and Qatar in November.

Players who are performing at the top level are beginning to feel that their bodies are being pushed to breaking point. We must factor this in when making predictions on fixtures involving teams like England and Italy, asking ourselves how much do the players have left in the tank and what is the level of motivation? England will want to win at home and gift their fans victory, but another draw would be viewed as a decent return.

Italy saw England stumble out of the blocks and wanted to take advantage by getting their own pool campaign off to a winning start, but the only problem was they played Germany on matchday one. The Germans remain one of the biggest and best-respected teams globally, and not many opponents – even the European champions – welcome having to win against them. That match ended in a 1-1 draw on Italian soil.

Although a win against Germany can never be taken for granted or expected, Italy were the home team for that game, and many experts had them picked to sneak a narrow 1-0 or 2-1 win. They failed to get the three points in that match, producing a stunning two-goal level finish. It was Italy that took the lead when scoring the opening goal of the night through Pellegrini with 70 minutes on the clock. Taking the lead with 20 minutes to play should have been enough to see them through.

Germany battled back to score an equaliser and a share of the spoils when Kimmich hit the net, and the worst part about that goal from an Italian perspective was it came less than three minutes after the opener. It was an uncharacteristic loss of concentration from a usually sound Italian defence, and that’s something they must work on as the big games keep reeling off. Italy had to dust themselves off quickly as they played Hungary on Tuesday before boarding a jet to London for this match. The quick turnaround gives Italy an ideal chance to get back to winning ways and then build a bit of momentum heading into what is a much-needed break for the players.

Who wants this more? A better question could be, which side cares enough about the three Nations League points to send out the strongest 11 and try to win the game? It’s a difficult one when making predictions as we are second-guessing the team selections and motivation of players.

We also know the weather is going to be warm in London as we race into summer, and the soaring temperatures will also play a part in how big an effort we see from England and Italy on Saturday evening. Even those in the stands will struggle to create too much of an atmosphere to help drive up the energy levels. All this could result in a low scoring match and another where there’s not too much between the teams at the full-time whistle.

The pre-match betting odds available to both new and existing members of online sportsbook 22bet has an England win trading at 1.79. If you prefer the chances of Italy with last summer’s European champions returning to the scene of that glorious victory, Italy can be backed at 4.58. The draw may appeal to some football bettors, and a level finish is 3.62.

In addition to the match winner betting market, there are several specials and offers. Do you expect both teams to score? You can back this outcome, and the winner of the match isn’t important to you, as long as England and Italy find the net at least once each. The great thing about this bet is it keeps you involved from the kick-off to the final match but can also be a winner before the end.

Other markets to be on the lookout for at 22bet include the correct score, first goalscorer and handicap. The totals also allow you to wager on the total number of goals scored in the match – either exact or over/under goals.

Make sure to bet on England vs Italy with 22Bet!