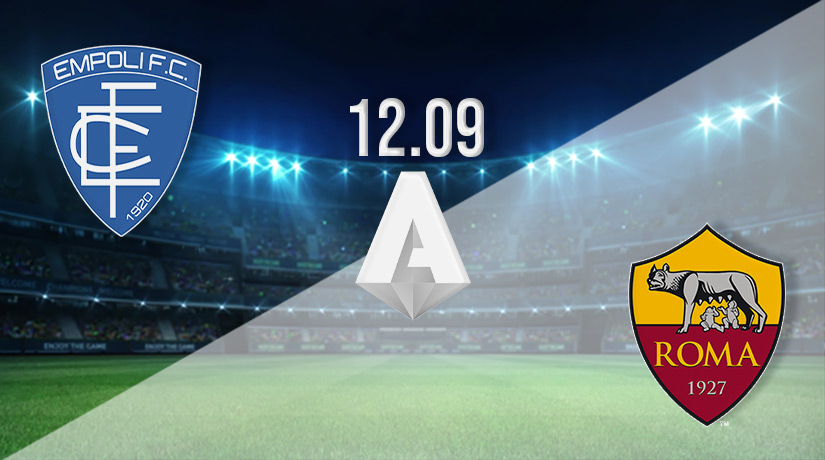 The Serie A weekend is rounded off on Monday evening, as Roma travel to Empoli. Both sides will be looking to get back to winning ways after failing to pick up maximum points in their most recent fixtures. The home side will also be chasing a first victory of the new season.

Roma will be the clear favourites in the betting for this fixture on Monday evening. Jose Mourinho’s side currently find themselves in fifth place in the league standings after winning three of their opening five fixtures this term. The Italian giants have scored six goals over the early weeks of the season, but they will need to become more reliable in defence, as they have allowed five.

Roma come into this fixture after losing their previous two in all competitions. Their latest league defeat was a 4-0 hammering on the road last weekend against Udinese. Mourinho’s misery was compounded with a recent Europa League defeat against Ludogorets.

Empoli come into this fixture sitting 15th in the league standings, and just two points clear of the relegation places. They have lost just once in their previous five fixtures, but draws are becoming slightly problematic. Empoli have been held to four draws this term, with all stalemates coming in the previous four fixtures.

Their latest draw was played out against Salernitana last weekend, as Martin Satriano and Sam Lammers scored in the 2-2 draw. However, they will soon find themselves dragged into a relegation scrap unless they can start picking up victories soon. Still, this remains a very difficult fixture to see them recording an opening victory of the new campaign.

Empoli vs Roma Head to Head

Roma’s extremely dominant record in this fixture is a crucial form line coming into this Monday fixture. Therefore, we expect the away side to bounce back from defeats in their previous two fixtures with a narrow success on the road. We could see them claiming a 1-0 win.

Make sure to bet on Empoli vs Roma with 22Bet!