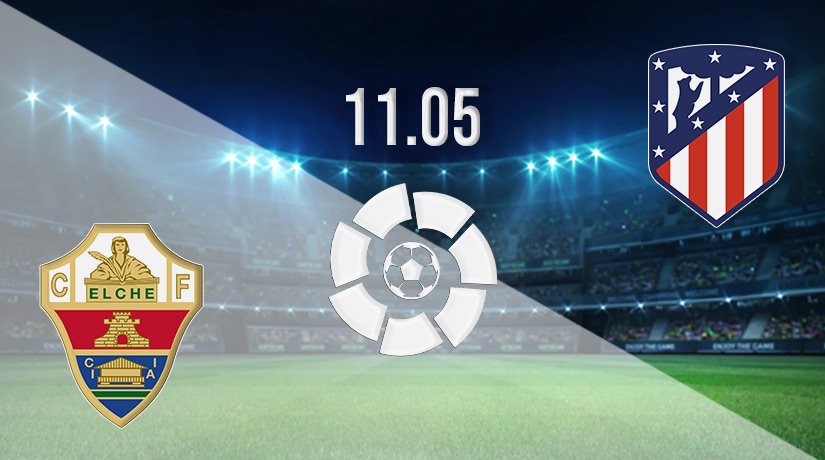 Atletico Madrid will be looking for a second straight win in La Liga on Wednesday as they travel to Elche. The hosts will be looking to maintain their decent run of form over previous weeks, as they look for a third win in five.

However, their recent form has been extremely sketchy, as they have won just twice in their last five. Atletico have lost twice during this period, and have been held to one draw.

The confidence should be high within this Atletico side coming into this fixture, as they beat their cross-city rivals Real Madrid in their previous fixture. The only goal in that win was scored after 40 minutes, as Yannick Carrasco scored from the penalty spot.

Elche’s race this season has already effectively been run. They sit in 14th place in the La Liga standings, and are seven clear of the relegation places. It looks extremely unlikely that they will get dragged back into that battle, as there are just three games of the season left to play.

They have also been in some great form over recent weeks, as they have lost just once in their previous four. Elche have picked up two wins during that period, but they have gone two without victory heading into this fixture. They were beaten in their previous fixture in La Liga, as they lost 3-0 away from home against Cadiz.

Atletico have picked up six straight victories against Elche in meetings between the sides since November 2013. The travelling side this weekend has also won the previous two without conceding a goal. They won this fixture last season 1-0 in May 2021.

Atletico’s record in this fixture is exceptional. For that reason, it would be unwise to bet against them recording the victory in this fixture between the sides on Wednesday. It could be a low-scoring fixture, but our play would be on a 2-0 success for the travelling side.

Make sure to bet on Elche vs Atletico Madrid with 22Bet!