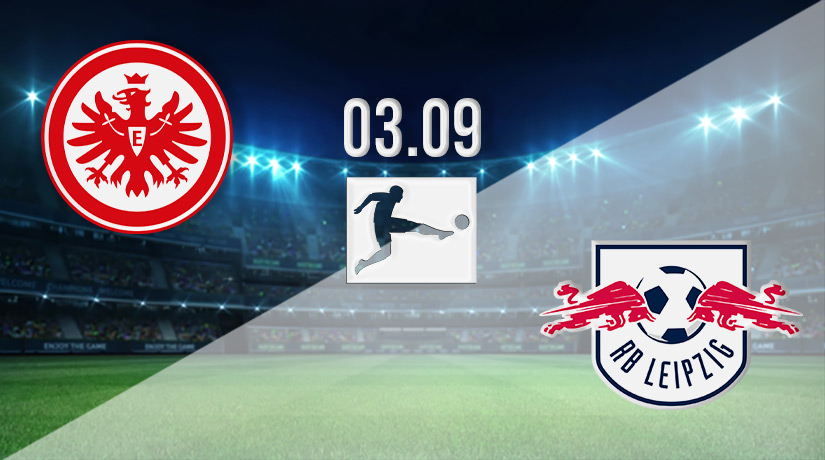 Both Eintracht and RB Leipzig are coming from their first respective wins of the season; they will be looking to meet their respective forms going when Eintracht host RB Leipzig at the Deutsche Bank Park on Saturday at 17:30 GMT.

Can Eintracht Keep their Good Form with a Win against RB Leipzig?

Eintracht will be looking to extend their three-game unbeaten run going when they face a resurgent RB Leipzig on Saturday.

The focus for Eintracht will be dealing with the fearsome Leipzig attack, which now includes Timo Werner while retaining much of their attacking threat.

After finally winning their first match of the season, after four rounds of Bundesliga fixtures, Oliver Glasner will be looking to retain the form and performance levels for his team as they face a robust and ascendant RB Leipzig side that is motivated from their first win of the season a well.

Can Leipzig Turn their Form around and Challenge at the top of the Table by Re-gaining their Consistency?

Having picked up just five points from the available twelve, Domenico Tedesco will be looking to maintain the form and morale of his team as they look to climb the table and challenge for Champions League places.

Tedesco will especially be focused on maintaining the performance levels that carried them to their first win of the season in the last match.

This is also the first match after the transfer window has been closed, with the gaffer retaining a settled squad with stability.

Tedesco will focus on getting his side’s attacking going when they face Eintracht as he seeks to bolster his side’s ability to challenge for the Champions League places.

Eintracht started their Bundesliga season with a difficult trip to the home of the Champions Bayern Munich; they were duly beaten 1-6. They are since unbeaten in three matches in the league.

Their second match of the season away to Hertha finished in a 1-1 draw. Eintracht came from a goal down to claim a point. Eintracht also drew 1-1 at home to Koln; they dropped two points in the dying minutes of the match, conceding an equalizer in the 82nd minute.

Oliver Glasner won their first match of the season in a thrilling encounter against Werder last Sunday, which ended in a 3-4 in favor of Eintracht.

Oliver Glasner will hope that this win will be the springboard they need to turn their form around in the early season.

Leipzig opened their season with two consecutive draws in the Bundesliga. First up, they drew 1-1 against VfB Stuttgart. They were pegged back having led the match in through a Christopher Nkunku in the 8th minute.

Leipzig also drew 2-2 against Koln; they conceded the equalizer through a Josko Gvardiol. Their chances were hampered by the sending-off of Dominik Szoboszlai in the 46th minute.

Their first loss of the season came at Union Berlin, where they fell to a 2-1 reverse. However, they bounced back with a strong 2-0 win against Wolfsburg last weekend, to put them in good form ahead of the clash with Eintracht.

The 23-year-old Frenchman has grabbed two goals in four appearances for Eintracht this season already.

He offers pace, dynamism, movement, and power up front. Leading the line is crucial for Eintracht because of the way they play. Muani provides crucial movement and link-up to bolster the performances of his fellow attackers.

Muani also helps the team with his hard running and pressing, which help the team defend from the front foot.

The 24-year-old Frenchman is leading the way in the Bundesliga with four goals in four appearances for RB Leipzig.

His goal-scoring threat is important for Leipzig as they seek to attain the consistency in performances and results they need to challenge at the top of the table.

Apart from his goal-scoring, his blossoming on-pitch combination with Timo Werner provides the dynamism, pace, and goal threat Leipzig will need to penetrate defenses and score goals.

Nkunku will be crucial for RB Leipzig in the clash against Eintracht as they seek to make it two consecutive Bundesliga wins for the first time this season.

Eintracht will prioritize a pragmatic approach to the match; they will remain compact and will use counter-attacks to pose danger in the opposition’s half. They will also rely on set pieces.

RB Leipzig will focus on dominating the ball, possession, and territory. With their new-found confidence, they will seek to press high and force Eintracht into their half.

RB Leipzig have the confidence and quality to win the match and take the three points they need.

Make sure to bet on Eintracht vs RB Leipzig with 22Bet!