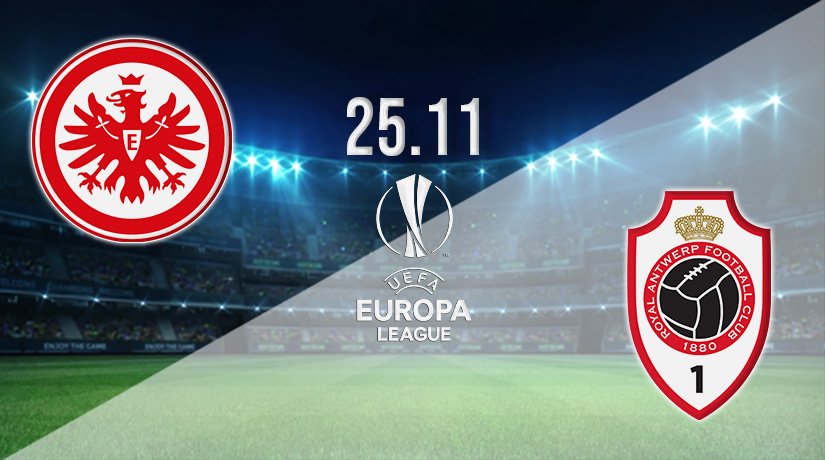 Eintracht Frankfurt will have the chance to wrap up Group D this week, as they can be crowned group winners with a victory in their final home game against Royal Antwerp. The visitors will be hoping for a victory to keep alive their chances of reaching the next round as runners-up.

Eintracht Frankfurt’s ability to pick up wins has been the pivotal factor throughout this group stage. They are storming the group stages, and are four points clear of Olympiacos coming into this fixture. Another win on matchday five will be enough for them to wrap up the group, having already qualified for the next round on the previous matchday.

The German giants are likely to be one that many believe have a very good chance of winning the Europa League this season. They have been difficult to beat so far, as they have won three of the four games that they have played. The only game that Frankfurt didn’t win was a 1-1 draw against Fenerbahce.

Frankfurt made sure of their passage through to the next round with a victory in their last fixture against Olympiacos. Daichi Kamada and Jens Petter Hauge scored the goals for the German club.

Royal Antwerp are on the brink of elimination. Defeat in Germany will end their hopes of reaching the next round of the Europa League, while it will also condemn them to bottom spot in the group, which means that they wouldn’t even drop into the Europa Conference League.

They have found life very difficult in this group, as they have lost three of the four games that they have played. They have scored just three goals, and have allowed eight. Their only point game away from home against Fenerbahce.

Antwerp have a number of injury concerns ahead of this game on the road, as Sander Coopman, Bruny Nsimba and Aurelio Buta are all doubts. Frankfurt will also be without two important players, as Goncalo Paciencia and Christopher Lenz miss out through hip injuries.

Antwerp have struggled throughout this group, which means that it would be extremely difficult to take on the German hosts this week. Frankfurt should wrap up top spot in the group with victory on matchday five by at least two goals.

Make sure to bet on Eintracht Frankfurt vs Royal Antwerp with 22Bet!