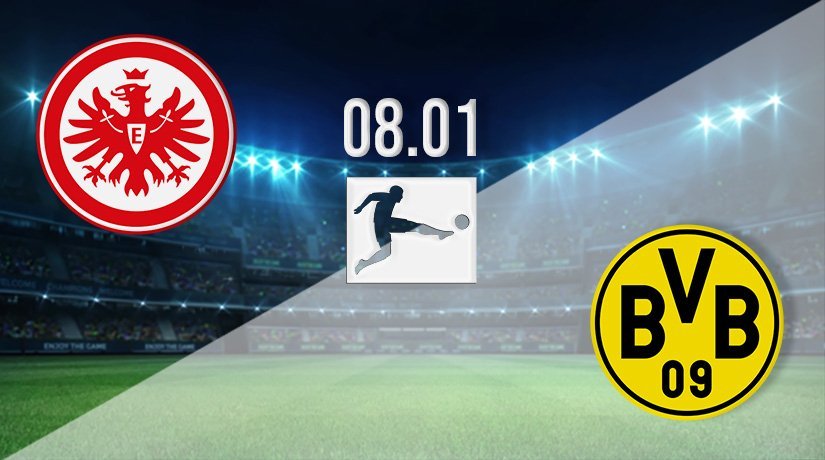 Second-placed Borussia Dortmund travel to Eintracht Frankfurt in the Bundesliga on Saturday at 18:30 GMT.

As the gap to Bayern Munich at the top of the table has widened to 9 points, Dortmund cannot afford any more slip-ups, and thus the match against Frankfurt is crucial.

Can Borussia Dortmund Bounce Back to Winning Ways?

Dortmund’s stop-start form in recent matches continued when they fell to a 3-2 defeat at Hertha.

Marco Rose’s side have not been consistent enough to keep up with the relentlessness of Bayern Munich, who have won their last five consecutive fixtures in the Bundesliga.

Marco Rose will take his side to Frankfurt with the aim of bouncing back from the defeat to Hertha. However, he will come up against an in-form side that are looking to climb up the table into the Champions League places.

Can Frankfurt Extend their Winning Run to 4 Consecutive Matches in the Bundesliga?

Oliver Glasner’s side have won 3 consecutive matches in the Bundesliga, and will be looking to make it 4 wins when they face Borussia Dortmund on Saturday.

Frankfurt are a point behind 4th-placed Leverkusen and two points behind 3rd-placed Freiburg. Glasner’s side have Champions League places in their sights heading into the clash against Dortmund.

Glasner’s side have won 3 consecutive matches in the Bundesliga. In their last 6 rounds of fixtures, Eintracht Frankfurt have won 5 and lost 1.

In this run, they have collected 15 points out of the available 18. This run of form is as good as Bayern Munich’s and joint-best in the Bundesliga.

Eintracht Frankfurt have also won the last 3 Bundesliga matches played at home. This shows an impressive upturn in form for the team ahead of hosting Dortmund.

Marco Rose’s side have won 3, drawn 1, and lost 2, in their last 6 rounds of fixtures in the Bundesliga.

In this run, Dortmund have collected 10 points and dropped 8. The two defeats and the draw have seen the gap between Bayern Munich at the top of the table and Dortmund in second expand to 9 points at the half-way stage.

Away from home, Dortmund have won 2, drawn 1 and lost 3 matches in their last 6 outings. In the process, Rose’s men have hauled 7 points and dropped 11.

Eintracht Frankfurt will be without 4 key players in the match against Dortmund due to injury or coronavirus.

Kristijan Jakic will miss the match with a bruised hip while left-back Christopher Lenz will be unavailable with a calf injury.

Centre-forward Goncalo Paciencia and goalkeeper Jens Grahl are doubts after testing positive for the coronavirus.

Frankfurt also has several suspensions and eligibility issues that will bar several players from playing. The suspensions include centre-back Martin Hinteregger and Goncalo Paciencia.

The players not eligible to play include Fabio Blanco, Amin Younes, and Ragnar Ache.

Rose will be without Marcel Schmelzer after undergoing knee surgery and Mateu Morey Bauza after injuring s cruciate ligament.

Dan-Axel Zagadou tested positive for the coronavirus, which means he is a doubt for the Dortmund match.

Maury will be central to Frankfurt’s play, especially in an attacking sense, when they take on Dortmund on Saturday.

With 16 goals and 4 assists in 14 appearances, Haaland is Dortmund’s main man this season. The striker has picked off from where he left when he got injured.

If Dortmund are to achieve any consistency to challenge Bayern Munich, Haaland will be the driving force behind such success.

Dortmund will approach the match with attacking intent. They will pressure Frankfurt all over the pitch and employ their high-energy style.

Eintracht will counter this by slowing down the tempo and controlling Dortmund in key areas of the pitch.

With Haaland back firing, Dortmund will take all 3 points.

Make sure to bet on Eintracht Frankfurt vs Borussia Dortmund with 22Bet!