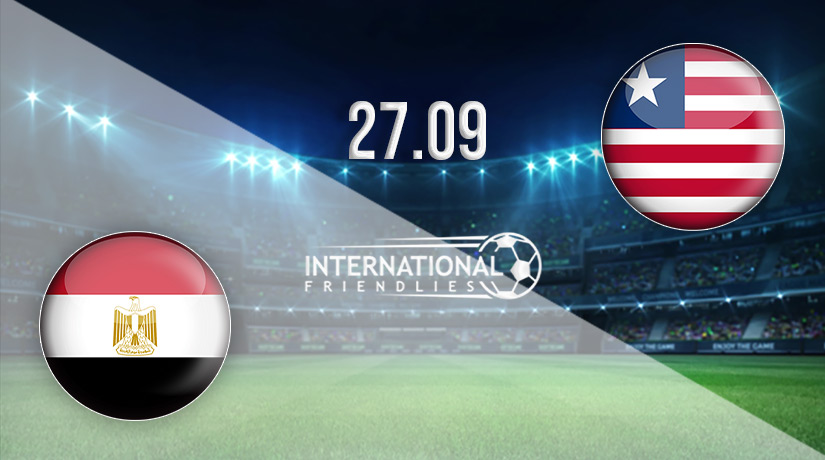 In this international break, Egypt will bolster their preparation for the resumption of the Africa Cup of Nations (AFCON) qualifiers early next year by hosting Liberia for an international friendly at the Borg El Arab Stadium, with the kick-off time at 18:00 GMT.

Can Egypt Regain the Consistency they need to Bolster Success in the Qualifiers?

The Pharaohs will be looking to bounce back from back-to-back defeats against Ethiopia (2-0) and South Korea (4-1) when they host Liberia.

Egypt’s manager, Rui Vitória, is looking to re-jig the team that is still reeling from the AFCON final defeat in the penalty shootout at the hands of Senegal in Cameroon earlier this year.

Rui Vitória will be focused on sharpening the Egyptian attack, which was uncharacteristically blunt in Cameroon and qualifier matches since.

Playing in front of home support, Vitória will seek to re-shape his midfield play dynamics to give impetus to attacking players.

Can Liberia Cause an Upset by Beating the AFCON Finalists?

Liberia will be looking to end their losing streak, which extends four matches back.

After their opening AFCON qualifiers match against Zimbabwe was canceled, they subsequently played their second fixture against Morocco – a 0-2 loss.

The Liberian manager, Peter Butler, will be looking to experiment with his team to find the winning formula before the resumption of the AFCON qualifiers early next year.

Emphasis will be on the defensive shape of the team to give it the right balance that will enable them to minimize conceded chances while retaining their forward impetus to cause Egypt defensive worry.

The Pharaohs have won two times and lost twice in their last four international outings.

Their opening match of the AFCON qualifiers was at home against Guinea. They narrowly won this clash with an 87th-minute goal by Mostafa Mohamed handing them all three points.

The second AFCON qualifiers away to Ethiopia ended in defeat for the Pharaohs. Rui Vitória’s men conceded in the 21st minute to a Dawa Hotessa Dukele goal before defeat was confirmed in the 39th minute with a Shemeles Bekele goal.

This defeat exposed Egypt’s lack of cutting edge in front of goal and creative failings, especially since their dominated the ball.

Peter Butler’s men have lost their last four outings. Three of these defeats came in friendly clashes against Benin (0-4), Sierra Leone (0-1), and Burundi (1-2).

The other defeat came on matchday 2 of the AFCON qualifiers against Morocco (0-2).

In these four defeats, Liberia conceded nine goals while scoring one. This underscores the challenge Peter Butler faces in getting his side ready for the qualifiers.

Liberia will focus on getting their attack working against Pharaohs to bolster their chances of getting anything from the clash.

The Nantes striker is on two goals in eight appearances for the Ligue 1 side this season with another goal in the Europa League in two appearances.

Mohamed offers a dynamic approach to the Egyptian attack. At 24 years, the striker is full of hard-running, high-intensity, and explosive pace that helps pose a potent attacking threat for the Pharaohs.

Mohamed will be crucial for Egypt’s friendly clash with Liberia as the team look to regain form and consistency.

The 23-yer-old striker, who plays for the Swiss club FC Aarau, offers a crucial striking presence for Liberia. The striker is dynamic in his approach. He mixes physicality, pace, and link-up play to pose a strong attacking threat for Liberia.

Njie is increasingly an important part of the Liberian national team as they look for the right attacking formula that does not negatively affect their defensive shape.

The striker is good at pressing and his work rate are crucial in giving Liberia the impetus in matches.

Egypt will focus on their game in this friendly; although the manager is likely to experiment, the performance levels will still be high with high intensity, hard running, and a high tempo to the passing.

Liberia will mainly focus on compactness with two banks of four defending their box. They will look to frustrate the Pharaohs.

Egypt will have too much for Liberia and will win the friendly match.

Make sure to bet on Nicaragua vs Ghana with 22Bet!