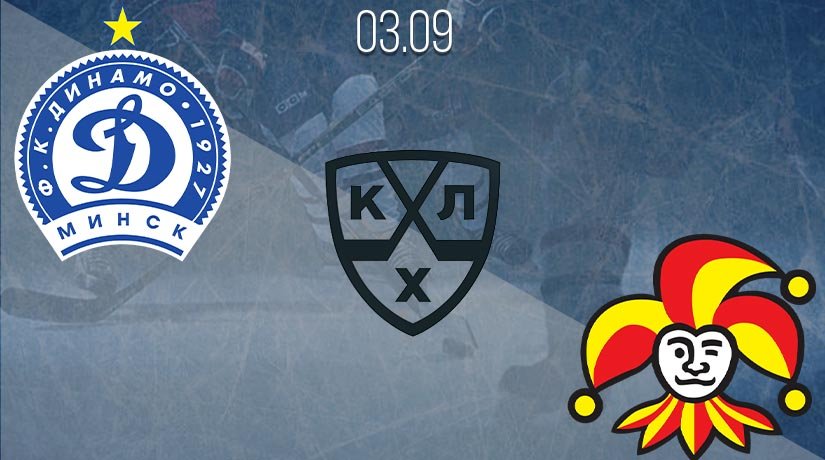 Belarus’ Dynamo Minsk will host their first game of the KHL season against Finland’s Jokerit. Will Dynamo be able to cope with the strong opponent? Look for the answers in our prediction.

Minsk had several friendly matches with domestic teams and won all three of them. Let us remind you that in the previous two meetings, Dynamo dealt with Gomel 4-0 and Yunost 3-0 of the Belarus Extraliga. Even though Minsk finished in last place in the KHL last season.

But this Dynamo Minsk is a new team. There have been significant changes in the squad this offseason. Now, under the leadership of Craig Woodcroft, there will be such forwards as Brandon Kozun and Rob Klinkhammer, who will have to take over the game and score goals. The goalie Dominik Furch, who played for Avangard some time ago, should also become the first number in Minsk.

Jokerit has been doing well in recent seasons and is in the top five in the power rankings. The Finns showed excellent results in preseason matches and were able to defeat Turun Palloseura (Liiga) 4-2 and Dinamo Riga 4-1 in the previous two games. The club managed to keep Janis Kalnins in the line-up, which means that there will be someone reliable at the goal to help the team.

We want to emphasize that, in general, the Jokers managed to keep their core players and Lauri Marjamaki remained as the head coach. This season the team will likely fight for the Gagarin Cup. The Jokers have always been characterized by effective and beautiful hockey, so we expect the same from them in the upcoming meeting.

We think that Jokerit is the favorite in this match because they managed to keep the core of the team, and in the away games against Minsk, they usually achieved success. Minsk team needs to play together, as they made changes in all lines – both in offense and defense. Our suggestion is to bet on the victory of Jokers within the regulation.