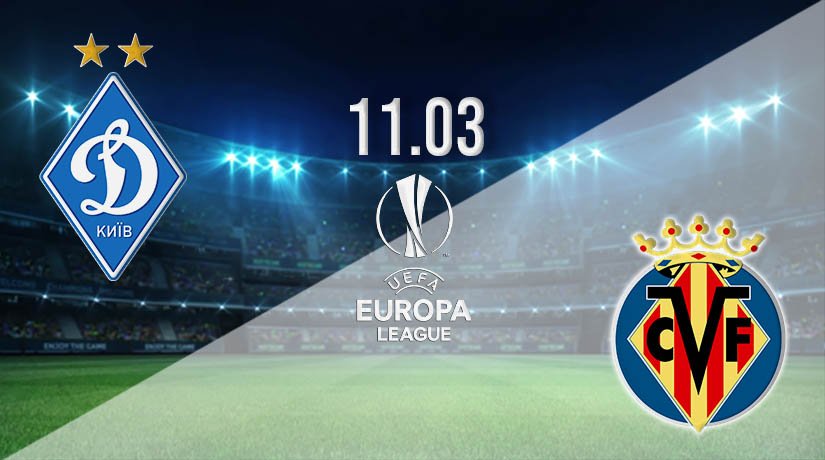 There will be a huge challenge in the Europa League on Thursday for Dynamo Kiev, as they will come up against a side that many consider to be dark horses to win the competition this season in the first leg of their round of 16 tie.

Villarreal have been one of the standout teams in the Europa League to this point, and they may consider the competition as their best route back into the Champions League. They are a little off the pace in the Spanish top-flight to achieve their target this season, but a fortunate draw from their perspective against Dynamo Kiev is just what they would have been hoping for. The Spanish side will be the clear favourites to progress over the course of the two legs, and they will be confident after not needing to break a sweat in the previous round against RB Salzburg. The Spanish side took control of the tie by winning 2-0 in the away leg in Austria, with Paco Alcacer and Fernando Nino scoring the goals. They were given a slight scare in the second leg as Salzburg went ahead, but they were able to recover to win 2-1 on the night.

Dynamo Kiev will be hoping that Villarreal will be overlooking them in the competition this season, as they showed in the previous round that they have a grit about them. Kiev had a huge challenge on their hands in the return leg against Club Brugge as they drew the home leg 1-1. Kiev were aware that they needed to win the second leg of their clash to go through, and they did. The only goal in their win was scored in the final ten minutes by Vitaliy Buyalskyi.

Francis Coquelin could be fit enough to return for Villarreal for the first leg of this game, but Ruben Pena and Yeremi Pino will be missing. Dynamo Kiev will have no fresh injury concerns for the visit of Villarreal on Thursday evening.

The first leg of this tie will be pivotal in deciding which team will make it through to the next round. A big win for Villarreal will take the tie away from Dynamo Kiev, but the Ukrainian side will need to take something back to Spain to defend. We can’t see the home side getting the win they need, and the Spanish outfit should get the win.

Make sure to bet on Dynamo Kiev vs Villarreal with 22Bet!