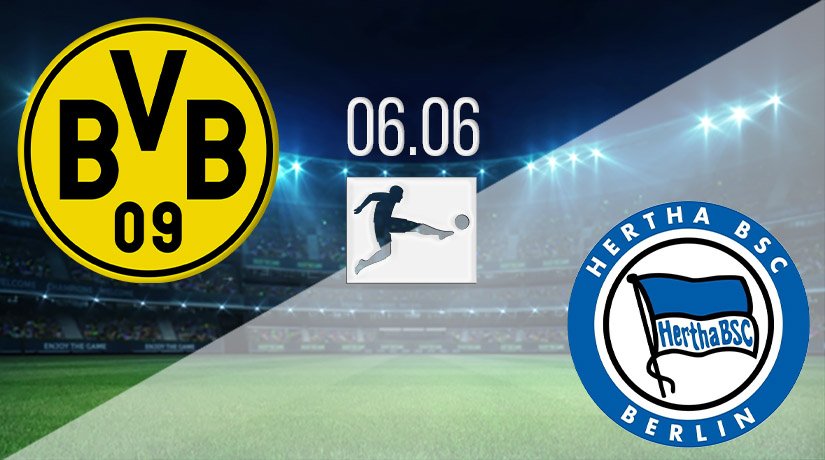 Borussia Dortmund’s title race may be over this season, but they will still be hoping to end the season with a flourish. They will face a stern test this weekend as they come up against one of the in-form teams in the division.

Borussia Dortmund’s valiant push for the Bundesliga title now appears to be over as they trail Bayern Munich by seven points heading into this round of fixtures. Their aim for the remainder of the season will be to consolidate their place in the Champions League. They have been in excellent form since the restart, as they have won three of their four games. Their only defeat during this run came against Bayern Munich, which unfortunately ended their title hopes. They bounced back to winning ways last time out with a huge win over Paderborn. They recorded a 6-1 victory, with Jadon Sancho scoring a hat-trick. This will be a much sterner test for them, which will make for compelling viewing.

Hertha Berlin did have relegation worries when the season resumed. However, those worries are certainly a thing of the past now, as they have enjoyed an excellent run of form since the restart. In their last four games, they have won three times. They are now just four points away from a Europa League spot and judging by the form they have been in, they could be a decent chance of securing that sixth spot. They were at their best once against last time out as they beat Augsburg 2-0. Javairo Dilrosun and Krzysztof Piatek scored the goals on that occasion for Berlin. However, dominating this fixture against Dortmund will present a much sterner challenge for them.

Dortmund holds the dominant record in the overall head to head as they have won on 13 occasions in the past. Berlin have only won six times and there have been eight draws between these two sides. The meeting earlier in the season was won 2-1 by Dortmund. Berlin haven’t been able to beat their opponents this weekend in three years, with their last victory coming in March 2017.

This should be a thrilling encounter between two sides that haven’t lost too many games in recent weeks. However, it is hard to see past the quality that Dortmund has, and for that reason they will get the three points from this fixture.

Make sure to bet on Borussia Dortmund vs Hertha Berlin with 22Bet!