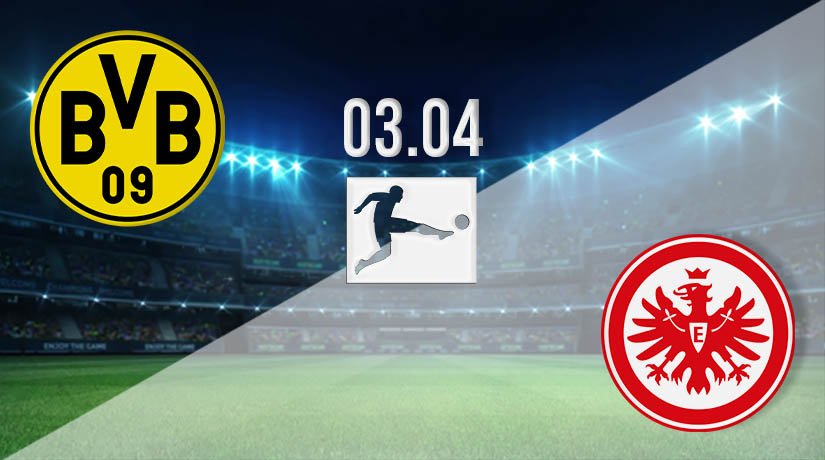 The battle for Bundesliga glory returns this weekend following a brief interruption in the schedule to make way for the World Cup qualifiers last weekend. Borussia Dortmund is the home team when welcoming Eintracht Frankfurt on Saturday in a match you can follow live on TV from 14:30 GMT. With both teams vying for a top-four finish and place in next season’s Champions League, an entertaining 90 minutes lies ahead.

Borussia Dortmund begins matchday 27 of the Bundesliga season, sitting fifth in the table with 43 points on the board. That tally is four less than their opponents, who currently occupy fourth place. Dortmund wouldn’t move into the best four with a win here but know victory would keep their chances alive while defeat would be a crushing blow.

The home team have won only one of their last three games, that sketchy run of form made up of a draw and a defeat. However, they are unbeaten in their previous two games, taking four of the last six points that have been available to them. Fans will be desperate to see Dortmund build on that recovery with a crucial three points.

Frankfurt holding their own

Eintracht Frankfurt is doing as expected this season and mixing it with the top teams in the division. They won’t be winning the league title at the end of the campaign, but there’s no reason why they can’t hold their nerve and finish in the top-four. Doing so would secure them Champions League riches next season, which would be massive for a club with Frankfurt’s outgoings. Finishing fourth is their priority.

They arrive in town unbeaten in their last three games, following back-to-back draws with victory before the international break. The 47 points collected by Frankfurt means they are four behind Wolfsburg in third place. Success here would improve their chances of moving up the ladder and would give a massive boost to their top-four hopes.

There is very little between these teams in terms of form or league standing, which may show in this game. A competitive match is expected, with both clubs eager to keep mistakes to a minimum, defend well and hit on the break. A draw would suit Frankfurt more than Dortmund in this game.

Make sure to bet on Dortmund vs Frankfurt with 22Bet!