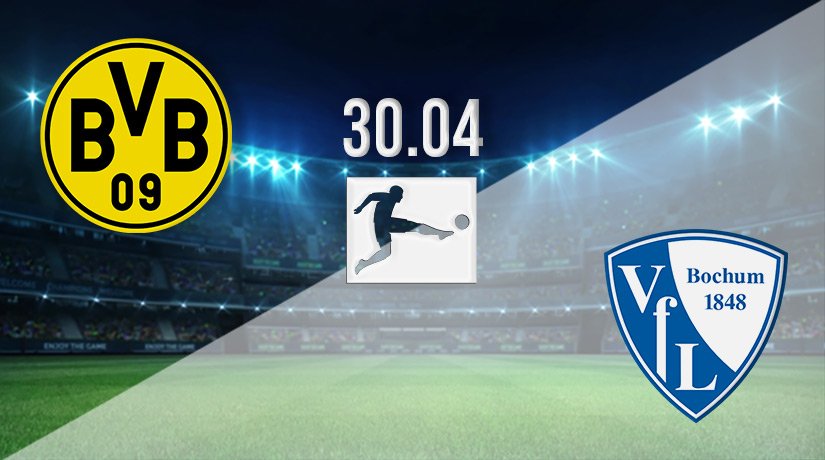 Borussia Dortmund’s unlikely chase to win the Bundesliga title came to an end last weekend, but they will be hopeful of ending the season strongly. They come up against a Bochum side this weekend that have failed to win their previous three.

In truth, Dortmund never really looked capable of mounting a title challenge this season. When they were given opportunities to close the gap on Bayern, they squandered them. Their season is almost over at this point of the season, as they look set to finish second in the Bundesliga standings, while their place in the Champions League next season is almost certainly assured, as they sit eleven clear of Freiburg.

There would be slight concern based on Dortmund’s recent form, as they have won just twice in their last five fixtures. During that period, they have also lost on two occasions in their previous four fixtures. Their latest defeat handed the Bundesliga title to Bayern Munich, as they were beaten 3-1 at the Allianz Arena. Emre Can scored a penalty early in the second half to threaten a comeback, but Bayern were good value for the win.

Bochum’s aim this season would have been to remain in the Bundesliga. They look on course to achieve that at present, as they sit eight points above the drop zone with three games remaining. The German side have won ten times in 31 fixtures this season, but have been beaten on 15 occasions.

Defeats have been very evident in their recent fixtures, as they have lost their previous two, and three of their last five. Their most recent defeat was suffered at home against Augsburg, as the travelling side eased to a 2-0 success with few questions asked by the hosts.

Bochum actually have a decent record in this fixture, but their two wins in five meetings have both come in friendlies. Dortmund have has picked up three wins from the previous four fixtures between the sides in the Bundesliga. But, the fixture earlier this season did see the sides play out a 1-1 draw.

Bochum’s recent form has been extremely disappointing, but they will believe that their job this season is done. Dortmund will be looking to bounce back from last weekend’s disappointing result against Bayern, and it would appear hard to bet against that based on their strong record in this fixture.

Make sure to bet on Dortmund vs Bochum with 22Bet!