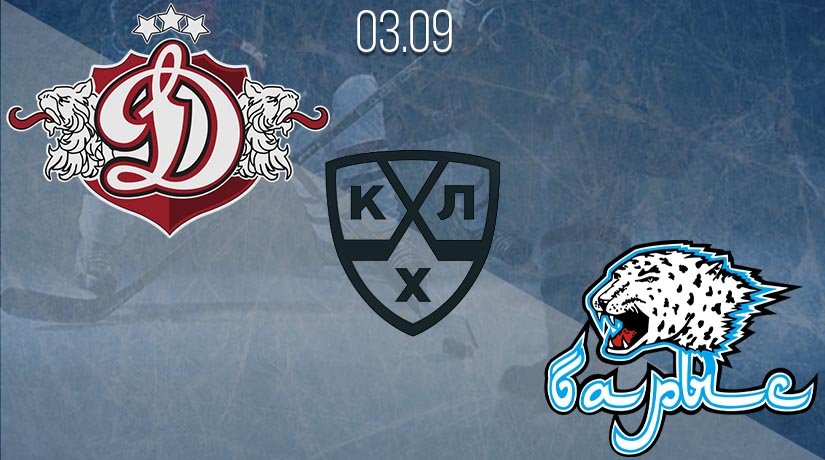 Dinamo Riga will host Barys Nur-Sultan in their first match of the KHL regular season. Will the hosts be able to win this match? Let’s find out in our prediction.

Dinamo had only three friendly matches and two of those were against second division Finnish teams. The team’s one serious opponent was Jokerit. Riga lost to the team with a score of 1-4. In general, in the course of last season, they had big problems with their performance, and they were struggling to use their scoring chances. On top of that, they were the worst in terms of a number of goals scored.

Of the crucial changes in the lineup, it is worth noting the arrival of goalkeeper Stanislav Galimov and striker Miks Indrasis, who decided to return to his home club. It is also worth mentioning this year the team will be headed by Peteris Skudra, while Girts Ankipans was the head coach last year.

Barys lost their head coach Andrei Skabelka. With him the team reached the playoffs last season and even made it to the second round, beating Metallurg Magnitogorsk. But the core lineup was preserved, and the lineup was replenished only by Jacob Lilja and Joni Ortio.

True, at the same time, the Kazakhstanis said goodbye to Dustin Boyd and several other good forwards. Recall that in the preseason matches, Yuri Mikhailis’s charges looked very good and acted effectively on the ice. So, they dealt with the Ust-Kamenogorsk Torpedo 6-4, and then twice defeated Saryarka 8-2 and 6-1.

Barys showed an excellent play in friendly matches and confidently dealt with fairly good opponents. The residents of Riga lost to Jokerit with a score of 1-4, so they are unlikely to give a worthy rebuff to the Kazakhs. Most of the recent matches between the teams ended in favour of Barys, so this trend isn’t likely to change.