Main page - News - Despite pandemia, KHL decides to carry on even without Barys and Jokerit. 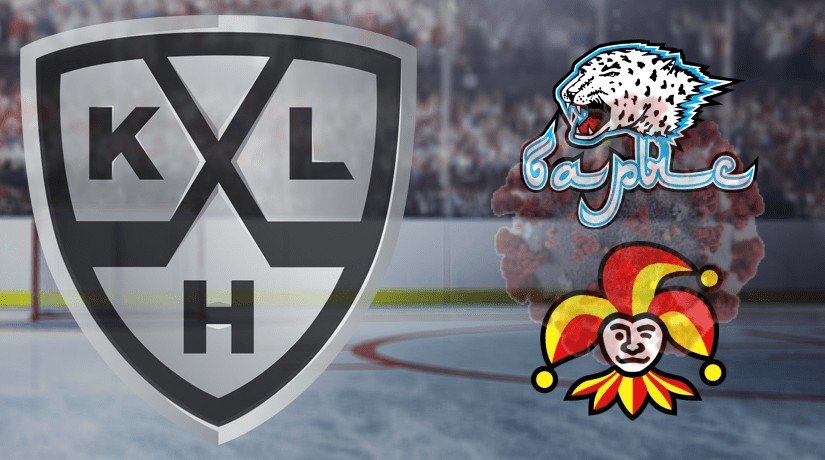 Despite pandemia, KHL decides to carry on even without Barys and Jokerit.

The KHL for a very long time tried not to join the worldwide panic related to the spread of coronavirus, and the last of the hockey top leagues did not announce the postponement, suspension or cancellation of the remaining matches of the season. Still, in the current situation, it was already technically continued, as if nothing had happened. Impossible. However, neither the ban on holding major competitions in Moscow nor the removal of two teams from the Gagarin Cup was able to force the KHL to announce the cancellation of the season.

Recall that the first as early as Saturday, March 14, Jokerit stopped their season. The Finns have officially notified the KHL that they are withdrawing from the playoffs and will not play matches of the conference semifinal with SKA. The reason was the increased concern of the Jokerit hockey players who did not want to risk their health, as well as, in fact, the order of the Finnish authorities.

“We really could not play a series with SKA. They just announced that if we leave Finland and return, they should be quarantined for two weeks. So we couldn’t play in any way,” explained the president of Jokerit, Jari Kurri. The “jokers” refused to play all the matches of the series in Russia, but the leadership of the club noted that the KHL playoffs should continue without them.

We didn’t get any official statement or at least any comment from the KHL, and on Monday it became known that if the league is going to continue the playoffs, then this will have to be done not only without Jokerit but also without Barys. In Kazakhstan, an emergency mode has been introduced for several days, with the highest authorities of the republic saying until the last that Barys will continue to participate in the playoffs, and will play their matches in Nur-Sultan according to the schedule. But in the morning of March 16, club hockey players were informed that Barys was still withdrawn from the KHL playoffs due to the coronavirus epidemic. However, Kazakhstani team players were ready to continue their performance in the Gagarin Cup. Two days before the start of the second round of the Gagarin Cup 2020, two of its participants officially withdrew from the tournament. The KHL continued to remain silent and pretend that nothing was happening stubbornly.

By Monday evening, it became known that Moscow authorities banned leisure activities with more than 50 participants in the capital. Thus, it became impossible to conduct a series of CSKA – Dynamo. An order was also issued by the Ministry of Sports to cancel all international competitions in the country. Think it stopped the KHL? You underestimate this organization!

In the late evening of March 16, the league announced its decision, and this was not the expected and required stoppage of the season. No, the KHL suspended the Gagarin Cup for a week to organize and coordinate with the government bodies a new format for the second stage of the championship with the participation of six Russian clubs. In general, it seems that the KHL leadership has forgotten that they have an international league and not the Russian championship, and therefore initially got into such a stupid situation when clubs, and not the league, announce the withdrawal from the tournament. In the KHL, they thought that since there is no large-scale epidemic of coronavirus in Russia yet, it will be possible to finish the championship. Still, they did not take into account that an emergency was already introduced in Finland and even in Kazakhstan, and they thought not about hockey, but about people’s health. It is bizarre that even now the KHL bosses do not want to notice that their league is spreading outside Russia, and they are trying to find some ways to continue the tournament.

The decision of the KHL to continue playing after a pause by the six Russian teams is a complete disrespect for foreign clubs. Is this how Jokerit and Barys should feel now? They did not have the opportunity to continue the tournament, but the league did not care about them and simply decided to move on.  In the KHL, there should not be a division into foreign and Russian teams – these are all members of one organization, and the rules should be the same for everyone. But in the official statement of the KHL, there is not a word about coronavirus. It was as if Jokerit and Barys had withdrawn from the tournament on their caprices, and the league had to rebuild urgently. This desire to continue the feast during the plague is striking, although it is clear to whom it is beneficial.

But the Gagarin Cup 2020, played in some new format, will still be illegitimate at least because Jokerit and Barys did not leave it according to the sporting principle. In the eyes of most fans, the KHL just arranged another clowning, only this time it made itself a laughing stock of the whole world.