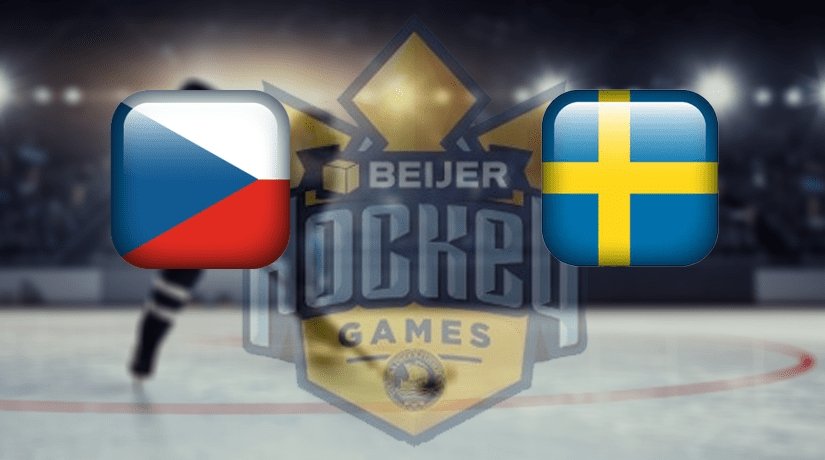 As part of the “Beijer” Swedish Hockey Games, the Czech Republic ice hockey team will meet with Sweden. The match will take place on February 6 at the Ericsson Globe Arena. The fight begins at 21:00 Moscow time. Forecast for Czech Republic – Sweden.

In the autumn stage of the Eurotour, the Czech team was the winner. During three matches in the framework of the Karjala Cup, this team earned 8 points and won first place. On November 7, the Czech Republic dealt with Sweden (3: 1), then the “Lions” defeated Finland in a series of shootouts (2: 2, 1: 0). On November 10, the Czechs defeated Russia (3-0).

And in December matches of the First Channel Cup, the wards of Milos Riha gained only 3 points. Because of this, the team finished last.

At the start of the tournament, the Czech Republic outplayed Finland in overtime (4: 3), but in the next two meetings, the “Lions” lost to Russia in shootouts (3: 3, 0: 1) and were weaker than the Swedes in regular time (1: 3).

After three matches in the Karjala Cup, the Swedish national team took the last place. In these matches, the team managed to earn just 1 point.

In all the autumn meetings, the team of Johan Garpenlov lost. At first, the Swedes lost to the Czech Republic (1: 3), and then they turned out to be weaker than Russia in terms of shootouts (4: 4, 2: 1). November 10, the “three crowns” did not cope with Finland (1: 2). But in the winter games of the Eurotour, Sweden was stronger than the opponents. For three matches in the Channel One Cup, this team won 6 points and finished at the top of the table. On December 12, wards of Juhan Garpenlev defeated Russia (4: 3), and two days later the “three crowns” received five goals in their own net from the Finns (1: 5). On December 15, the Swedes dealt with the Czechs (3: 1).

Bookmakers consider Sweden to be a clear favourite of this match. It’s hard to go into outcomes, however after a short but it looks like the total of the match will not break the 5.5 mark.

Make sure to bet on Czech vs Sweden with 22Bet!