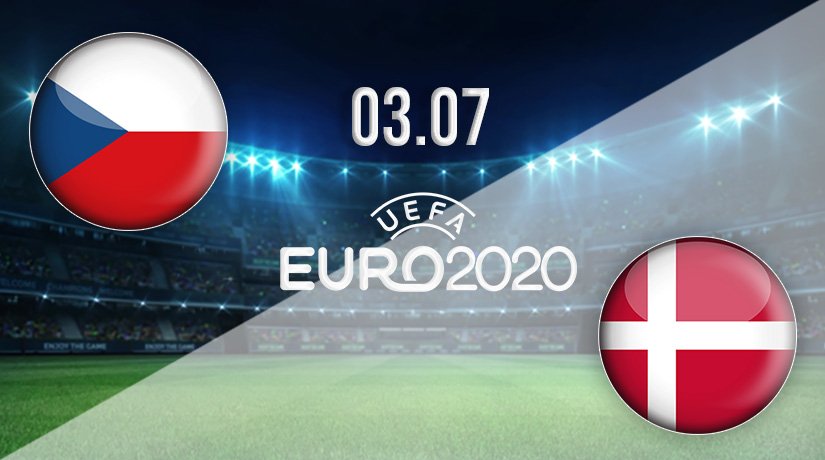 The Euro 2020 quarter-finals continue into Saturday, when the remaining two matches will be played. The action begins at 17:00 GMT when the Czech Republic takes on Denmark for a place in the last four of the competition. Both teams know victory here will book them a place at Wembley for the semi-finals, and both will be confident of reaching the next round and keeping their dreams alive. This looks to be the most even match of the quarters and should provide armchair fans with a thrilling spectacle.

These teams have met 11 times previously, and the head-to-head stats suggest we should prepare for another competitive contest. The Czech Republic have won three of the previous games, with Denmark on two wins and no less than six ending in a draw. There will be no level finish here with extra time and penalties available if needed. This game will produce one winner who marches on to the semi-final and one loser who will be eliminated and sent home. It has all the ingredients of a classic.

The last pairing of the Czechs and Danes produced a 1-1 draw in a friendly match in 2016. Both goals were scored in the first half, with the opener from Barak on eight minutes cancelled out by Jorgensen with 38 on the clock. Will we see another fast start from these teams on Saturday, or will this be a somewhat more nervous affair?

Czechs cause the shock of Euro 2020

The Czech Republic has proven to be one of the surprise packages of the Euro 2020 tournament this summer, and few expected to see them still fighting in the quarter-finals. They were dropped into Group D with England, Croatia and Scotland. Gareth Southgate’s team won the pool at a canter with seven points on the board – dropping two at Wembley against Scotland – but winning the other two games 1-0. The Three Lions roared to finish three points clear of Croatia in second, who was ahead of the Czech Republic in third on goal difference alone. The Czechs progressed as one of the best third-place finishers.

Czechs opened their group campaign with a hard-fought 2-0 win over Scotland at Hampden on matchday one. The  Scots controlled large parts of that contest but were wasteful in the final third, something that couldn’t be said of the victors. Schick scored twice for his nation to hand them victory. His second strike was a contender for goal of the tournament, scoring from almost his own half as he caught David Marshall well off his line, dramatically lobbing the backtracking keeper.

Since silencing the Tartan Army in Glasgow, the Czech Republic have drawn with Croatia then lost to England at Wembley. That gave them the four points needed to book a place in the knockout stages of the competition. They then delivered the biggest upset of Euro 2020 so far when eliminating The Netherlands in the Round of 16. That match finished 2-0 to the Czechs with Holes and Schick on the scoresheet after Oranje had de Ligt sent off on 55 minutes with a straight red card.

Denmark may not have been chosen by many making their Euro 2020 winner predictions, but they are still in the competition and still going strong. The Danes finished as runners up in Group B behind Belgium with just three points on the board. The Belgians won that group at a canter, but each of the other three teams involved finished on three points – Denmark, Finland and Russia. The Danes snuck through on goal difference, scoring five and conceding four ahead of Finland with one for and three against.

The manner in which they came through the group stages meant many football fans expected Denmark to be knocked out of the running at the next opportunity, and they were drawn against Wales in the Round of 16. The Welsh were another side fortunate to be still going, but it was Denmark that came out on top, winning 4-0 in what was a stunning show of strength. Dolberg scored the opening goal in that game with 27 minutes on the clock, the first for two of him that day. The other strikes came from Mæhle and Braithwaite after the Welsh had Wilson sent off.

Such a comfortable win over a strong opponent in Wales was impressive, but it showed Denmark might just be growing into this tournament and recovering from a slow start. They were beaten 1-0 by Finland on matchday one, then 2-1 by the Belgians. Denmark took the lead in that match and remained the only team to have broken the Belgian defence at this stage. They then put four past Russia and another four past Wales. There’s now real confidence in the camp.

This looks likely to be a competitive match on paper, and that will make it a great spectacle for football fans watching on TV. Neither team would have been overly confident of reaching the semi-finals of Euro 2020 and playing their part in the last eight of the competition at Wembley, but it will be a reality for one side. The winner of this game will finish in the top four and have a chance at making the final.

Which team will that be? At this stage, it’s anyone’s guess as the strong defence of the Czech Republic takes on the improving attack of the Danes. Both teams are growing with confidence with every game at Euro 2020, and the shock of losing Eriksen on matchday one seems to have pulled this Danish side closer together.

The first goal in this match will be crucial, but we may see both teams aim to edge their way into the contest and not take any chances. Don’t take your eyes off this one.

The pre-match betting odds on this fixture available at 22Bet has the Czech Republic priced at 4.04 with Denmark available at 2.02 and the draw trading 3.22.

Want to wager on other betting markets, such as BTTS, Handicap or Total Score? Make sure to bet on Czech Republic v Denmark with 22Bet!