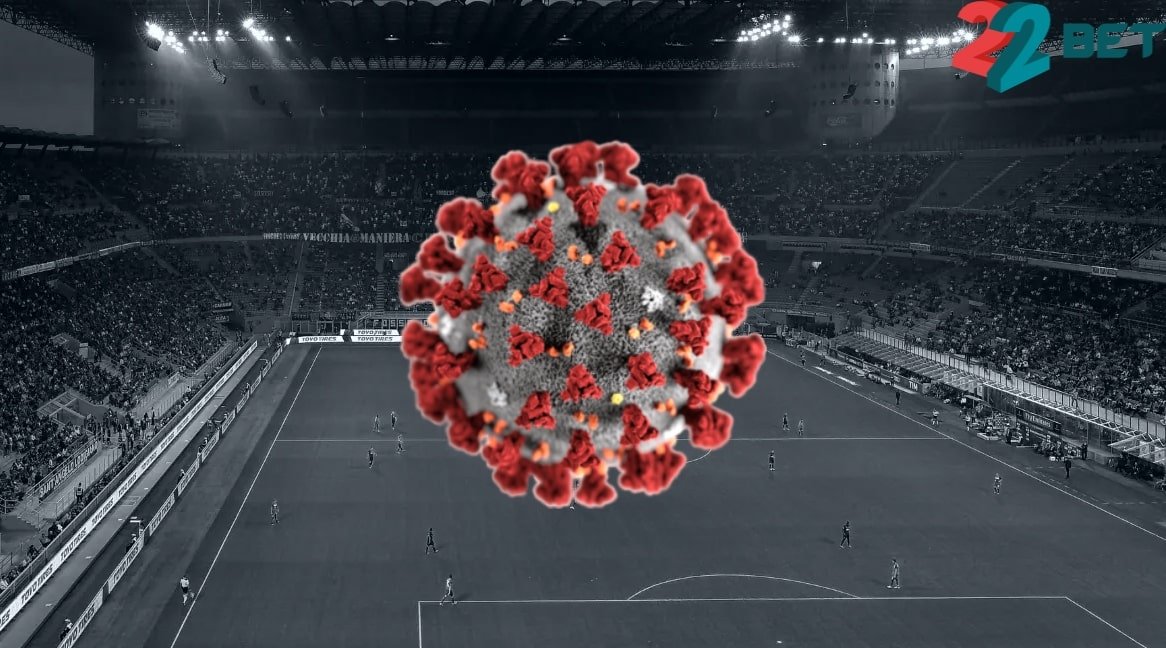 On Wednesday, March 11, the World Health Organization declared coronavirus COVID-19 a global pandemic. The epidemic has already led to thousands of deaths and reached a vast number of countries. In order to curb the spread of the virus, the authorities of various nations have imposed bans on various public events, gatherings, and sports competitions. Chief among these are professional football matches. Read this article to find out everything you need to know about which matches and tournaments are affected.

We will keep this list updated as the situation develops.

Several new leagues announced the cancellation of games in response to coronavirus COVID-19.

On March 17, after a long-awaited video-call conference, UEFA has decided to postpone the Euro 2020 championship to 2021. All play-off matches and friendlies that were supposed to take place in March will now be played in June, while the tournament itself will commence in June 2021.

The announcement was made following speculations of the tournament cancellation. If you have purchased tickets for one of the Euro’s matches, find out what would happen to your ticket and what to do here.

In the light of developments due to the spread of COVID-19 in Europe and related decisions made by different governments, all UEFA club competitions matches scheduled next week are postponed. #UCL and #UEL quarter-final draws have also been postponed.

The Champion’s league is the world’s most important international club football tournament. The remainder of this year’s event may be indefinitely postponed due to coronavirus COVID-19. Representatives of all UEFA member states will have a meeting on March 17, during which they will discuss the possibility of postponing the entire tournament. On March 12, UEFA has made the following statement on their homepage:

“In the light of the ongoing developments in the spread of COVID-19 across Europe and the changing analysis of the World Health Organisation, UEFA has today invited representatives of its 55 member associations, together with the boards of the European Club Association and the European Leagues and a representative of FIFPro, to attend meetings by videoconference on Tuesday 17 March to discuss European football’s response to the outbreak.”

The Europa League is the second-highest tier of international club football. The league had several games postponed so far, most notably the Inter-Getafe match in Italy and the Sevilla-Roma game in Spain.

On March 17, UEFA will be having a meeting in which they will be discussing the possibility of postponing the entirety of the Europa League season.

L’Equipe saying big UEFA plan is to postpone the European Championships this summer until 2021, allowing Champions League and Europa League to be suspended now and club competitions to finish this summer. https://t.co/URVRh9ilKw

La Liga is the highest division of Spanish professional football. On Thursday, March 12, a decision was made that suspended the entirety of La Liga and Segunda División matches until April 4, 2020. This came in response to the news that several players had contracted the virus.

“Given the circumstances that are coming to light this morning, referring to the quarantine established in Real Madrid and the possible cases in players from other clubs, La Liga considers it appropriate to continue to the next phase of the protocol of action against COVID-19. As a result, in accordance with the measures established in Royal Decree 664/1997 of May 12, [The League] agrees to postpone at least the next two match days.”

La Liga has been suspended for two weeks due to the coronavirus outbreak pic.twitter.com/6pTrQ7ZCjk

Serie A is the highest division of Italian football. According to a government decision, all sports events in Italy, including all levels of competitive football, have been canceled until at least April 3.

And that’s not surprising. Italy’s outbreak is by far the largest in Europe, with over 450 confirmed deaths and 7,000+ total cases.

Italy’s Minister of Sports, Vincenzo Spadafora has condemned the earlier refusal of Serie A stakeholders to cancel their games.

Italian prime minister Guiseppe Conte commented on the cancellation of Serie A as follows:

“There’s no reason for the games to continue. The fans will have to deal with it. We won’t even allow gyms to be used.”

Juventus have announced that defender Daniele Rugani has tested positive for the coronavirus 😷#SerieA pic.twitter.com/EwcxtnDW85

March 13. Arsenal’s Mikel Arteta tested positive for coronavirus. As a result, Arsenal switched to lockdown mode and Brighton vs Arsenal has been postponed, as well as their match against Sheffield United.

Matchweek 30 is set to continue as expected, but an announcement from the English Premier League regarding the further matches is expected either on Friday, during or after the weekend matches.

On March 12, a report was leaked to MailSport that said that all remaining football games in England, including English Premier League games, would be played behind closed doors. The official announcement of this decision is slated to be revealed later in the week.

The government response to the coronavirus outbreak is expected to shift to the ‘delay’ phase on Thursday – reportedly meaning that a crisis plan concerning football could shortly be unveiled. All matches are expected to be played behind closed doors under new plans to combat the spread of the virus. According to The Times, the current season will not be postponed but games will be contested with no supporters present. All Premier League ticket holders for individual clashes will be able to stream coverage of matches in their homes instead. #premierleague #epl #football #fussball #soccer #closeddoors #coronavirus #virus #covid #news #22bet

The EPL is the highest level of professional football in England. The only high profile match of the English Premier League to be canceled so far was March 11’s Manchester City – Arsenal match.

Manchester City’s Premier League home match against Arsenal on Wednesday has been postponed because players from the London club have had contact with the owner of Greek side Olympiakos, who has contracted the coronavirus. A number of Arsenal players had met Evangelos Marinakis following their Europa League round-of-32 meeting in London on February 27. Marinakis, who also owns Championship side Nottingham Forest, said on Tuesday he had contracted the coronavirus. “Manchester City’s Premier League fixture at home to Arsenal has been postponed,” City said in a statement. #football #fussball #soccer #owner #olympiacos #arsenal #mancity #coronavirus #postponed #news #22bet

On March 10, 2020, it was announced that all French Ligue 1 and Ligue 2 matches will be played without audiences until 15 April. This decision was made in order to comply with the French government’s action plan against further transmission of the virus in the country.

Professional Portuguese football is also taking a break in response to the global pandemic. Primeira Liga had originally planned to play the remainder of its season behind closed doors. On Thursday, March 12, Portugal’s football authorities announced the suspension of the second-tier LigaPro. The nation’s top-flight Primeira Liga joined them in the quarantine shortly thereafter.

The league’s official statement can be read here (Portuguese).

The Eredivisie and Keuken Kampioen Divisie, the first two divisions of professional football in the Netherlands, have also been suspended. The league is home to such football juggernauts as Ajax, PSV, and Feyenoord.

The league made the following, terse statement:

All matches in the Eredivisie and Keuken Kampioen Divisie have been suspended for the next two match days because of the coronavirus outbreak.

The decision came shortly after the Dutch government imposed a ban on events that brought together more than a hundred people.