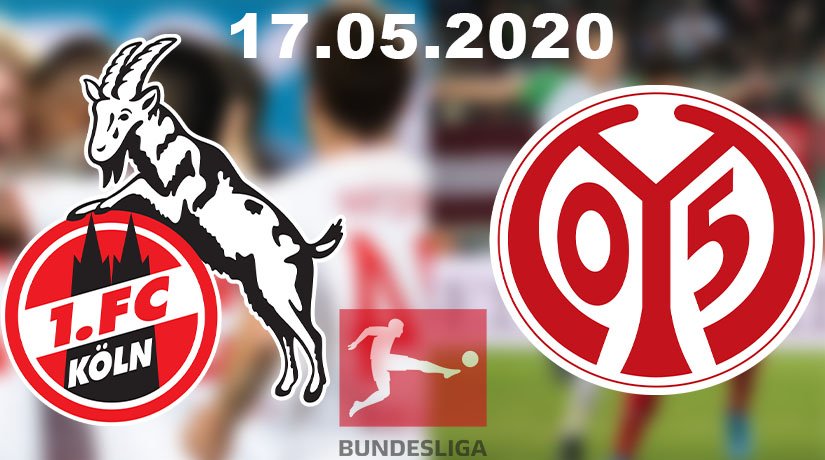 With nine games remaining in the Bundesliga, these two sides find themselves at opposite ends of the table. Köln are sitting pretty in the middle of the table, while there will be a sense that time could be running out for Mainz in the top-flight. But, can the travelling side get the three points that they need to help them in their fight against relegation?

It has been a very disappointing season for Mainz up to this point. They have failed to build on their 12th placed finish from the 2018-19 season, and they have already lost the same number as games this season as they did last. They have been particularly vulnerable in defence this campaign, as they have conceded 53 goals. Only Werder Bremen and Paderborn have conceded more than that tally. Their biggest problem has been that they have been too easy to beat. Only Paderborn have lost more games than them this season.

However, over their most recent games in the Bundesliga, there have been signs of a recovery. They have only lost once in their previous five, while during that same run they have won twice and drawn twice. They will need to maintain that run to ease themselves to safety, as there are still just four-points separating themselves and Fortuna Dusseldorf in the playoff places.

Köln may believe that they have an outside chance of finishing in a Europa League place this season, but they will need to maintain consistency for that to happen. They are currently five points behind Schalke, with the current sixth-placed side’s form certainly opening the door for Köln.  It’s almost remarkable to think that Köln were second bottom in December, but a run of seven wins in ten games means that worries of relegation are a sign of the past.  If they maintain that form, then they could finish the season in the top six.

Köln vs Mainz: Head To Head

This will be the 21st meeting between Köln and Mainz. Mainz holds the advantage in the overall record as they have one on nine occasions, while Köln have recorded six victories. There have also been five draws. The meeting earlier in the season ended in a 3-1 win for Mainz, with Jean-Paul Boetius, Robin Quaison and Levin Oztunali scoring the goals.

Both teams form has been pretty good since the winter break, which means that this should be a pretty entertaining fixture. However, Köln will hold the advantage as they have won seven in ten and have really turned their season around.

Make sure to bet on Köln vs Mainz with 22Bet!