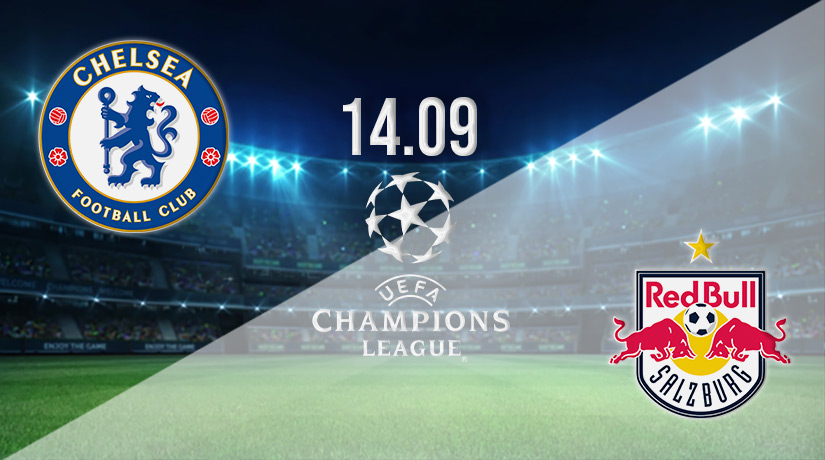 After the shocking 1-0 reverse away to Dinamo Zagreb, Chelsea will take to the Stamford Bridge turf under a new manager – Graham Potter – looking to get their season back on track against RB Salzburg on Wednesday at 20:00 GMT.

Can Potter Reign Get Off to a Winning Start?

The appointment of Graham Potter at Stamford Bridge sees the start of a new reign in the clash with RB Salzburg on Wednesday.

Potter will have to pick a team from a group of expensively-assembled players that will provide the spark they need not only to win the game against RB Salzburg but to galvanize the team going forward in the Premier League and Europe.

Chelsea will be aware that they are facing a very good and organized team that held Milan to a 1-1 draw on matchday 1.

Can RB Salzburg Cause an Upset and Compound Chelsea’s Problems?

After taking a point from their opening match of Group E at home to AC Milan, RB Salzburg will be looking to cause an upset in West London when they face Chelsea on Wednesday.

Salzburg will need a performance characterized by a high-tempo, pressing, and defensive resilience if they are to take anything from London against a good Chelsea side.

Salzburg will look to frustrate Chelsea while retaining an attacking threat throughout the match.

Chelsea have started their season off the pacesetters in the league. They have won three times out of their six outings in the Premier League. The West Londoners have also lost two times and drawn once in the process.

The Blues have collected 10 points from the available 18, and they sit 6th on the table.

The Blues opened their Group E account with a shocking 1-0 reverse on matchday 1.

Graham Potter will be looking to harness Chelsea’s topsy-turvy form and turn it into consistent displays of high-level performances from the blues, starting with the clash with RB Salzburg on Wednesday.

RB Salzburg have won their last five outings in the Austrian Bundesliga. The table toppers have collected 21 points from their opening eight fixtures. They have won seven of them and lost just once.

In their first Champions League Group E outing this season, RB Salzburg took the lead in the 28th minute against Italian Serie A champions AC Milan. They were pegged back in the 40th minute and the match ended in a respectable 1-1 draw.

Salzburg have demonstrated that they are a bonafide European football force to be reckoned with in the Champions League. They will be looking to turn their current good form into victory on Wednesday when they Chelsea.

The English international has been in fine form for Chelsea since his move from Manchester City.

The 27-year-old has notched three times this term. Sterling’s movement, link-up, pace, and finishing have been important assets for the Blues this season; he has been instrumental in creating goal-scoring chances and taking them as well.

Graham Potter will seek to leverage these skills and form by putting Sterling in the attack of the team in the clash against RB Salzburg.

The Swiss forward has been instrumental in R Salzburg’s good form this season. The forward has grabbed 5 goals in the league.

Okafor has also scored one goal in the Champions League, helping his side to take a point from the clash with Milan.

Okafor’s pace and movement are at the centre of Salzburg’s good attacking play. He links up well with other attackers and midfielders. His movements in and around the box are crucial in shifting the opposition’s defence and creating openings for other attackers.

Okafor will be important for Salzburg on Wednesday; he will help cause the Chelsea defence all manner of problems, including creating goal-scoring chances.

Chelsea will seek to impose their style of football on Salzburg. They will set out to control and dominate the ball. They will also look to dominate the middle of the pack with passing. Front-foot pressing will be employed to force Salzburg into mistakes or surrendering possession.

Salzburg will look to be compact and solid in their approach. They adopt a medium press when out of possession, and they will spread the game with passing when they are in possession.

Chelsea have the quality and home support will bolster their chances of winning this match and getting their first points in the Champions League this term.

Make sure to bet on Chelsea vs RB Salzbur with 22Bet!