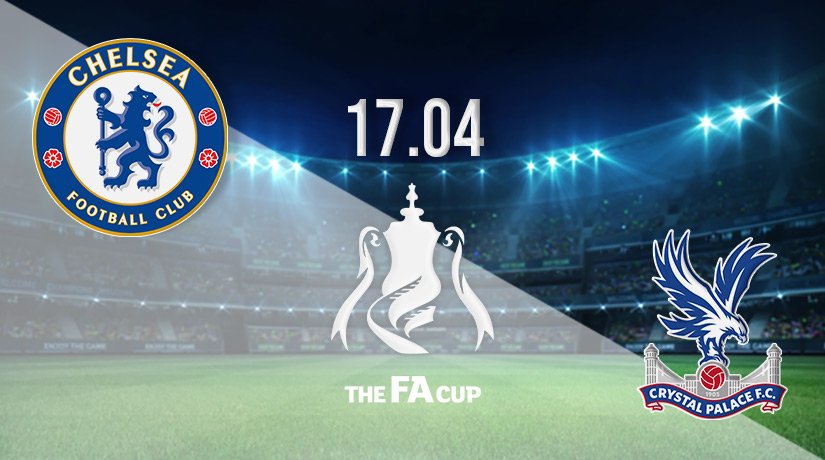 Just four teams remain in the FA Cup this season. The second of the semi-finals this weekend takes place on Sunday, as Chelsea will be looking to reach the final of the illustrious cup competition for the second straight season when they take on a Crystal Palace side that have been impressive throughout the 2021-22 season.

Tensions will be high at Wembley this weekend, as both Palace and Chelsea will have expectations of reaching the FA Cup final later in the season. The Blues will be targeting a ninth win in the famous competition this season, and their first since the 2017-18 season. Meanwhile, the Eagles will be looking to win the competition for the first time after twice losing to Manchester United in the final.

Thomas Tuchel will be aware that Chelsea’s only chance of silverware this season now comes in the FA Cup, as the Blues were agonisingly knocked out of the Champions League in midweek after a classic against Real Madrid. Tuchel has certainly made the Blues an excellent cup side, as the German will be looking to reach a fourth final with the side. Chelsea reached this stage of the competition after securing a comfortable 2-0 win against Middlesbrough in the previous round.

Crystal Palace will be the first Premier League side the Blues have come up against in the competition this season. The Eagles are looking for an historic end to Patrick Vieira’s first season in charge, and reach the FA Cup final for the third time in their history. On both previous appearances in the final, the Eagles have been beaten by Manchester United, with their most recent defeat coming in 2016.

Palace managed to book their spot in the semi-final with a comfortable 4-0 success against Premier League strugglers Everton. Marc Guehi, Jean-Philippe Mateta, Wilfried Zaha and Will Hughes scored in the win.

Chelsea’s record in this fixture is extremely strong. The Blues have won each of their last nine matches against Palace, which includes their 1-0 win in February. The last time that the sides met in the FA Cup came back in 1976, as Palace famously secured a 3-2 win.

This is a huge game for both sides, but despite Chelsea’s healthy record in the fixture, I expect it to be much closer. Connor Gallagher’s absence is a huge loss for the Eagles, but their speedy attacking players could be crucial against a Chelsea side that will be tired after their exertions in midweek. I wouldn’t be surprised to see more heartbreak for Chelsea, as the Eagles fly into the FA Cup final with a dramatic extra time win.