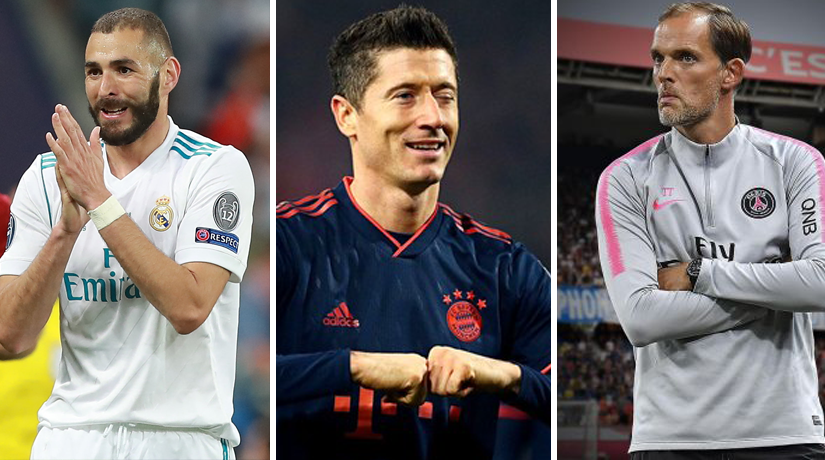 Champions League 2019/20 first day of the two during Matchweek 5 has ended with some very surprising results and occurrences. Check out the round-up from 22Bet below!

Tottenham staged a rousing second-half comeback to beat Olympiacos 4-2 on Tuesday night to secure their qualification for the knockout stage. Second-half goals from Serge Aurier, Dele Alli and a Harry Kane double sealed the win after earlier goals from Youssef El-Arabi and Ruben Semedo but the Greek side 2-0 ahead.

Spurs are now guaranteed to come second in group B after Bayern Munich beat FK Crvena Zvezda 6-0 in Belgrade to make it five wins from five.

Robert Lewandowski hit four goals in the second half after Leon Goretzka opened the scoring on 14 minutes, with Corentin Tolisso sealing the win one minute from time.

Elsewhere, Paris Saint-Germain sealed top spot in group A after they came from 2-0 down to draw 2-2 with Real Madrid.

Goals on 81 and 83 minutes from Kylian Mbappe and Pablo Sarabia canceled out a Karim Benzema brace, but a 1-1 draw between Galatasaray and Club Brugge meant Real Madrid also sealed their qualification for the knockout round.

Shakhtar stayed second after Dinamo Zagreb lost 2-0 away to Atalanta, with all three sides still able to qualify for the next round.

Finally, Juventus sealed the top spot of Group D with a 1-0 win over Atletico Madrid at Allianz Stadium. A 45th-minute goal from Paulo Dybala settled the match and put Atletico in danger of not making the knockout stage.

Atleti are now just one point clear of Bayer Leverkusen in third place, who beat Lokomotiv Moscow 2-0 in the Russian capital. Bayer host Juventus next week at the BayArena, while Atletico travel to Moscow knowing only a win will guarantee their qualification.