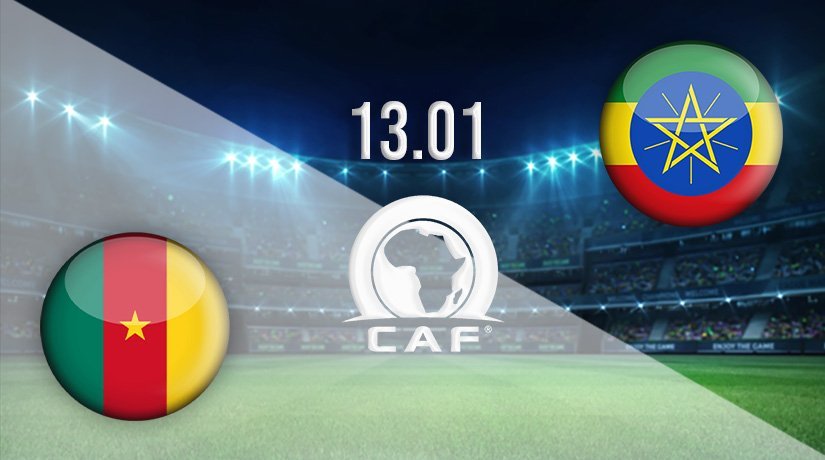 Cameroon vs Ethiopia Prediction: African Cup of Nations Match on 13.01.2022

Host nation Cameroon got off to the perfect start in the Africa Cup of Nations, as they claimed victory on the opening night. They will be looking for a second straight win to effectively secure their spot in the next round of the competition on Thursday evening.

Cameroon will have the hopes of the nation on their shoulders over the next month or so, as fans will be expecting their national side to make home advantage count in the Africa Cup of Nations. They started with a fine victory on the opening night of the competition, but there is no doubt that they will still need to improve if they are to win the competition for a sixth time.

There appeared to be some nerves on show on matchday one in the Africa Cup of Nations for Cameroon, as they hosted Burkina Faso. The hosts fell behind in their opening match after just 25 minutes, before regaining their composure and eventually sealing a 2-1 victory.

However, they needed two penalties to get over the line against plucky opposition. Both penalties were converted by Vincent Aboubakar with just seven minutes to go before the half time break.

Ethiopia will be aware that they will likely need something out of this game if they are to make it through to the next round of the competition. They are currently sitting bottom of the standings, having lost their opening match in the tournament.

Ethiopia have won the Africa Cup of Nations on one previous occasion in their history, with that success coming back in 1962. However, they will need an immediate return to form if they are to stand a chance of adding to that success. They were beaten in their opening match on Sunday evening, as they fell to a 1-0 defeat against Cape Verde.

Cameroon vs Ethiopia Head to Head

Cameroon and Ethiopia have met on just two previous occasions. The last meeting came in January 2016, with the sides playing out a 0-0 draw in the African Nations Championship. That fixture was the first time that the nations had met since Cameroon won 3-2 in the 1970 Africa Cup of Nations.

It was a disappointing opening night for Ethiopia, and we can’t see it getting much better in this fixture against the hosts. Once again, we expect Cameroon to just about get over the line with a narrow victory, with the preference being for a 1-0 win.

Make sure to bet on Cameroon vs Ethiopia with 22Bet!