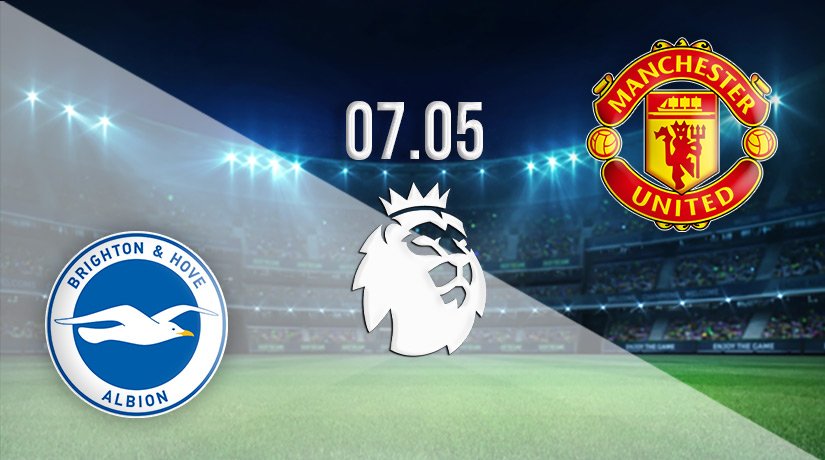 Manchester United play their penultimate game of the Premier League season this weekend, as they look to record a second victory on the bounce. Brighton are the hosts on Saturday, as the Seagulls look for their second straight victory in the English top-flight.

Manchester United produced one of their best performances under Ralf Rangnick in their final home game of the 2021-22 season last time out. However, the win doesn’t little to help United’s challenge of finishing in a European spot this season, as they remain five points away from Arsenal, with the Gunners still having four games left to play this season.

As for United, they can only pick up six points from the remaining games that they have to play this season, as they are the only side that have played 36 times this season. Cristiano Ronaldo was in stunning form in their latest fixture, as the Portuguese superstar scored from the spot. Bruno Fernandes netted the first, while there was a first goal for the Red Devils for Raphael Varane to seal the 3-0 win at Old Trafford against Brentford.

Brighton will also be looking to end the season on a high note, as the Seagulls have comfortably staved off the threat of relegation this season. They comfortably sit in the top half of the standings coming into this fixture at the AMEX, and have won three times in their last five fixtures.

Their biggest win of the season came in their previous outing, as Brighton eased to a 3-0 win against Wolverhampton Wanderers on the road. Alexis Mac Allister scored the opening goal from the penalty spot, before Brighton added further goals in the final 20 minutes through Leandro Trossard and Yves Bissouma.

United’s record is very strong in this fixture, as the Red Devils have won each of the last six matches that they have played against Brighton. They have scored at least two goals in all those fixtures, which includes their 2-0 win earlier this season. United’s last visit to Brighton saw them win 3-2 in September 2020.

This should be an entertaining fixture in the Premier League on Saturday. Both sides have very little to play for, which means that goals may be on agenda. Therefore, we would be willing to take our chance on the both teams to score wager.

Make sure to bet on Brighton vs Manchester United with 22Bet!