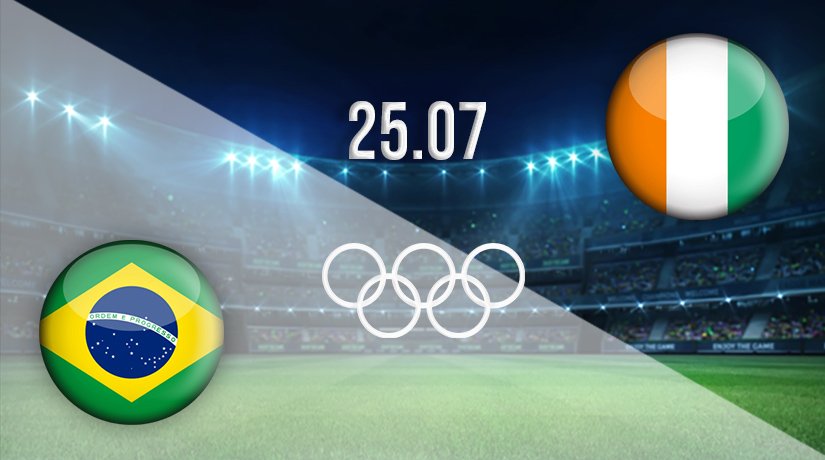 There’s plenty for football fans to look forward to this weekend with friendlies, Scottish League Cup and Gold Cup fixtures all taking place. We are fast approaching the start of the new club seasons across Europe, but there’s one more major international tournament to settle, and it takes place in Japan. It looked for a long time like Tokyo 2020 would be cancelled after organisers postponed the event for 12 months due to the coronavirus. We go ahead, and the events now come thick and fast.

One of the top teams in Tokyo returns to action on Sunday when Brazil prepare to face off against Ivory Coast. You can follow that match live on TV from 09:30 GMT. It may be an early start, but what better way to begin your Sunday than with a live match from a major tournament? This game promises to provide followers with a thrilling 90 minutes, and neutrals will hope to see plenty of goals and talking points.

This is the second match of the group for both teams, so the pressure is rising. Having already got 90 minutes of action under their belts in midweek, it’s time to ramp up their bid to get the points needed to progress to the knockout rounds. A win here would help them achieve that, but which side will do the business?

Brazil were one of the pre-tournament favourites, with respected pundits to go all the way and lift the gold medal. They are expected to progress from the group stages of the competition without too much hassle but to give themselves the best chance of qualifying as winners of the pool, they must collect all three points here.

The Samba Boys look good enough to win this game and challenge for the gold medal, certainly on paper, but they must give their opponents the respect they deserve. If Brazil think they only need to turn up to get the win, they could be in for a shock. This one requires their full attention.

Ivory Coast up against it

The Ivory Coast are delighted to have made it to Tokyo 2020, and despite having to wait an extra 12 months, they are loving the competition. It will be one of the nation’s most famous sporting achievements if they are were to defeat Brazil and collect the three points. It then wouldn’t matter what they did at the Olympics. They’d be remembered for upsetting the Samba Boys in the group.

They will prepare to spend much of the 90 minutes chasing the football so must be fit and remain organised. Their opponents should dominate the ball possession stats, so Ivory Coast must remain patient and take any chances that fall their way.

On paper, this looks like a match Brazil should be winning at a canter, but games at this level aren’t won on the stats sheet. The teams that are secure in defence and fearless in attack often grab victories and earn the points. This will be a fascinating contest, and an intriguing mix of styles as defence plays attack.

The pre-match betting odds on this fixture available at 22bet has Brazil priced at 1.24 to come away with the victory. Ivory Coast are trading at 11.5 in the match winner market, or you can try the draw at 6.2.

There’s more to bet on at 22bet than the match winner option. Have your say on more than 100 pre-match markets including both teams to score, handicap, total goals, first goalscorer and correct score. There’s a market to suit all types of football gamblers. Browse what’s available and click the one that catches your eye to add it to your bet slip.

You can bet on this game or on the Tokyo 2020 outright markets. Predict which team will go all the way and win the gold medal, and this could give you an interest for the entire tournament. There’s also in-play betting available, with most of the popular pre-match markets available throughout the 90 minutes. A gamble on Brazil v Ivory Coast is possible before kick-off, in the final few minutes or any stage of the game.

Want to know more about the betting odds for the game? Check out the BTTS, Handicap, Teams to Win and other markets and bet on Brazil v Ivory Coast on 22Bet!