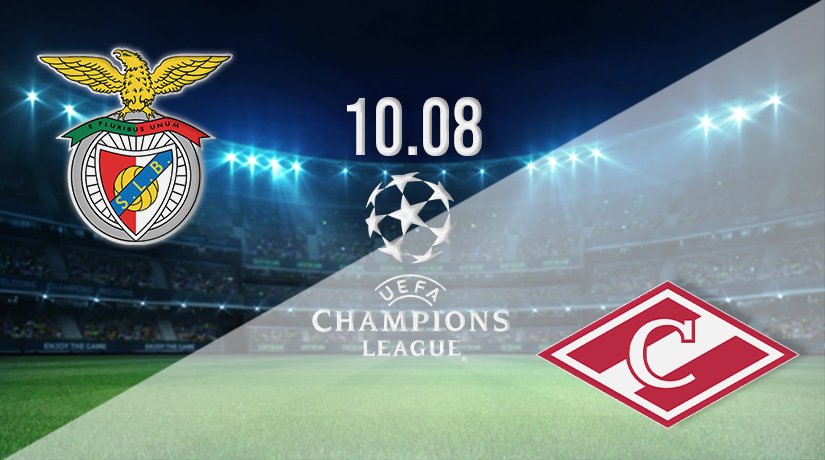 Benfica will be hoping to see out their tie in the Champions League third qualifying round against Spartak Moscow. The Portuguese giants come into the second leg with a commanding advantage after winning 2-0 in Russia last week.

Benfica are within touching distance of the next round of the Champions League, while Spartak Moscow have a bit of a mountain to climb if they are to compete further in the Champions League this season. Benfica were excellent in the first leg between the sides, as they claimed a 2-0 win on the road against Moscow. After a cagey opening period between the two rivals, Benfica eventually made their dominance in the game count, as they scored twice in the opening half an hour of the second half. Rafa Silva was the Benfica player to break the deadlock after 50 minutes, before Gilberto Moraes Junior made sure of the comfortable win on the road with just 15 minutes remaining.

Spartak weren’t able to put Benfica under much pressure throughout the game, as they had just 40% of the possession. They registered just four shots on target in the game, which will be need something that they will need to improve upon if they are to trouble Benfica in the second leg this week.

Benfica have been able to continue to build momentum ahead of the second leg, as they got their domestic season off to a solid start. They claimed a 2-1 win against Moreirense, despite being down to ten men for almost the entirety of the second half. Lucas Verissimo scored the first goal for Benfica, before Luca Waldschmidt extended the advantage just ten minutes later. Meanwhile, Moscow suffered a second straight defeat in all competitions in the Russian Premier League at the weekend, as they were beaten 2-1 at home by Nizhny Novgorod.

Spartak have no fresh injury problems ahead of the second leg. However, defender Andre Almeida for Benfica is unlikely to feature on Tuesday as he sustained up a knee problem.

There doesn’t seem to be much chance of a Spartak fight back in this second leg, as they were well beaten last week. Benfica look to have the better team, and it seems unlikely that they will suffer defeat against the Russian opponents on Tuesday night.

Make sure to bet on Benfica vs Spartak Moscow with 22Bet!