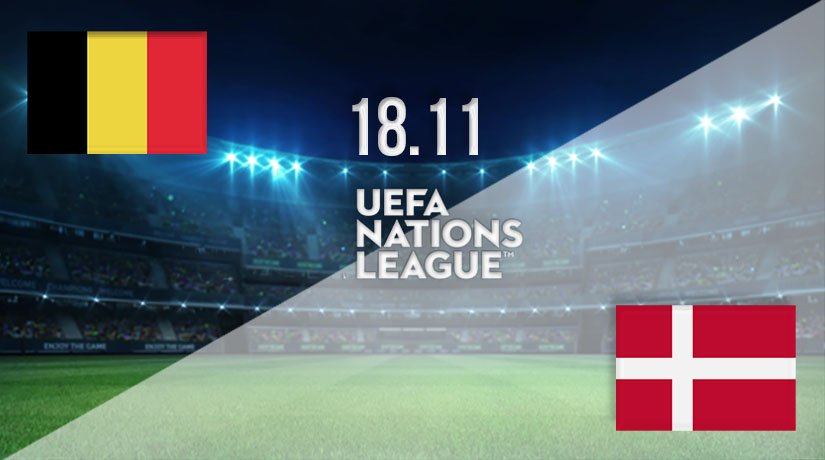 The fate of Group A2 will be decided on Wednesday evening as Denmark travel to Belgium looking to overcome huge odds. The hosts will need at least a point to make sure they top this competitive group, but could Denmark cause an upset?

Belgium were the heavy favourites to win this Nations League group when the draw was made, and they have looked every inch of good value for that so far. Belgium have won four of their five games in the group stage, with their only defeat coming against England at Wembley. Belgium avenged that defeat and ruled England out of contention of winning the group in their most recent fixture, as they won 2-0. Roberto Martinez’s side enjoyed an excellent start to the match, and went ahead after ten minutes through Youri Tielemans. That lead was doubled less than 15 minutes later as Dries Mertens scored an excellent free-kick. England offered very little in the attacking third, which meant that it was a comfortable evening for Belgium. However, they will be aware that a different challenge will be in store when they come up against Denmark.

Denmark have emerged as the only side that could stop Belgium from winning the group, and they could cause a huge upset by overcoming the hosts this week. Not many people will be giving them much hope of doing so, but there is no doubt that the Danes have fight in them. That was on display once again in their last Nations League fixture, as they beat Iceland 2-1 at home. Denmark scored the winning goal in the 92nd minute, as Christian Eriksen scored his second penalty of the evening. Eriksen was in excellent form throughout the match, and he will be pivotal if the Danes are to get the win that they need against Belgium.

Belgium vs Denmark Head To Head

Denmark holds the advantage in the overall record, as they have won six times in the past. However, Belgium won the most recent meeting between the sides back in September, as they claimed a 2-0 win. Jason Denayer and Dries Mertens scored the goals in that win.

Belgium highlighted once again against England why they are ranked as the number one side in international football. They will be the heavy favourites to get the win in this fixture, and it is difficult to see past them getting the three points that they need.

Make sure to bet on Belgium vs Denmark with 22Bet!