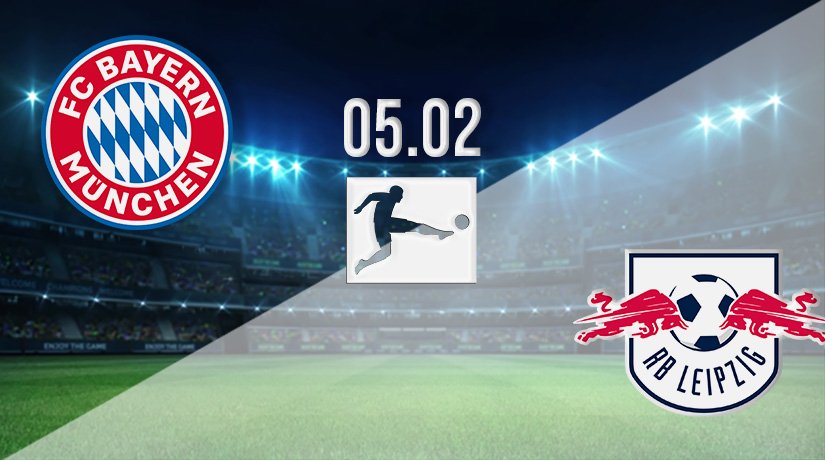 Football fans have a mix of league and cup football to enjoy this weekend, with the FA Cup dominating the schedule in England. Many of Europe’s top leagues and teams are in action on Saturday, including the German Bundesliga, where champions Bayern Munich take on rivals, RB Leipzig. The hosts are in control of the division and expected to successfully defend their crown, tightening their grip over German football. Still, they’ll be pushed hard by an ambitious opponent in the Bulls who wish to spoil the party.

Munich sit on top of the division are look likely to hold their position during the second half of the season, but they have been far from at their best in this campaign. The hosts have failed to win four of their opening 20 games, with three defeats already against their name. They suffered defeat in one of their most recent league outings, and that offers encouragement to an RB Leipzig side that has won each of their last three at this level.

This will be the second meeting of the season involving FCB and the Bulls after the pair served up a five-goal thriller back in September. Bayern Munich won that game, clinching an impressive 4-1 result with four different players on the scoresheet. They are hoping for more of the same while the visitors are out for revenge.

Bayern Munich is top of the league with a six-point advantage over nearest rivals Borussia Dortmund in second. The hosts boast stats of 16 wins and one draw against three defeats, with 65 goals scored and 19 conceded. Away from the three defeats – which is the lowest number in the league – it’s difficult to pick many holes in this FCB team, and they have a great chance to add another three points to their tally and move closer to crossing the finish line as champions. This is also a great chance to take the feet away from another rival.

Munich has taken a dozen points from the last 15 available to them and head into this clash, having won each of their last two. The blot on their copybook during those recent run of games was a surprising defeat to Borussia Monchengladbach suffered at home in their first league game of the year. Borussia claimed the points that day thanks to a 2-1 final score despite Lewandowski firing his employers into an early lead. That result will be reflected upon as a mere speed bump in the road towards the title by fans after the team responded with back to back wins. Three on the bounce would help build momentum.

Since losing to Borussia Monchengladbach last month, Bayern Munich has played two and won two. They made a quickfire return to winning ways when beating FC Koln on a day when striker Lewandowski fired a sensational hattrick. FCB then hammered Hertha Berlin 4-1 on the road with the goals that day scored by Tolisso, Muller, Sane and Gnabry. The hosts will be fired up and ready for action here, while supporters in the stands will expect another comfortable win.

RB Leipzig started the season as the favourites with many respected pundits to challenge Bayern Munich for the Bundesliga crown. However, many picked the Bulls to occupy the runner-up slot at the final count. They can often be found pushing for the major places and have been a regular feature of the Champions League in recent years but breaking back into the top four and mixing with UEFA’s elite next term looks a long shot at present. A big effort is required in the second half of the season if they are to live up to expectations.

The visitors are currently down in sixth place following a less than impressive season. They prepare for this match with their stats for the season showing nine wins and four draws against seven defeats with 38 goals scored and 23 conceded. When taking a closer look at their numbers, we see RB Leipzig have conceded fewer goals than Bayer Leverkusen, who are third, and they have scored more goals than two of the five teams above them in the pecking order. Improvement is a must if they are to turn around their season, but they do travel on the back of three wins on the bounce.

The Bulls were last seen in action on Sunday when beating Wolfsburg 2-0 at home. Interestingly, that was the team’s third 2-0 win on the bounce in all competitions after they beat Stuttgart away in the league and FC Hansa Rostock at home in the DFB Cup. Fans would dearly love to see that trend continue Saturday, but the level of opponent moves up when facing Bayern Munich in front of their own fans.

Leipzig knows the size of the task facing them here by travelling to the home of the champions and trying to get something out of the game, even a draw. The visitors take confidence from three wins on the bounce and will believe they have an outside chance of pulling off an upset by inflicting their opponent’s second defeat in four games. They will come to win but also must be wary of what’s coming back at them.

The pre-match betting odds available at 22bet has Bayern Munich as 1.41 favourites with RB Leipzig 6.6 and the draw 5.15. There is also a long list of specials attached to this fixture, including both teams to score, half time/full time, correct score, first goalscorer and more.

Make sure to bet on Bayern Munich v RB Leipzig with 22Bet!