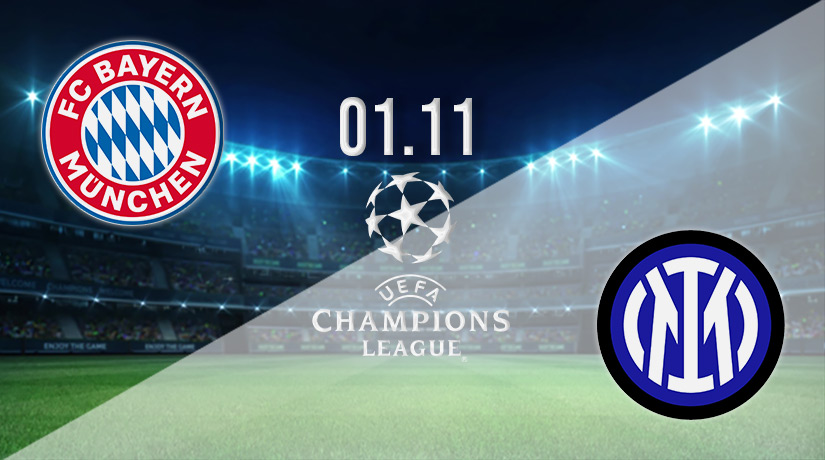 Bayern Munich faces Inter Milan on matchday six of the UEFA Champions League, and this will be one of the most popular midweek fixtures with armchair fans. It wouldn’t be a huge surprise to see either or both of these teams playing in the final of the competition next year, but the pressure is off here. Followers get a chance to watch some of the best players on the planet strut their stuff, showcasing how strong and ambitious they are.

Bayern Munich and Inter Milan are already through to the next stage, and both sides will be playing knockout football in the Champions League after the World Cup in Qatar. The Germans have already tied up the pool, sitting five points ahead of their opponents. Will that encourage the coaching staff to rest a few of their regular starters? It’s certainly possible, although FCB’s supporters wouldn’t take too kindly to it. They want to see their team defeat every opponent they play, and this game against the Italians will be no different.

These sides have met just six times in the past in competitive action, and there has been little between the pair. The head-to-head stats at present show Bayern Munich has three wins while Inter Milan is on two, with the spare ending in a draw. FCB moved in front with a win over Inter in Italy back in September when they eased to a 2-0 victory. Sane and D’Ambrosio scored the goals in that game. With nothing at stake, all that’s left to play for his pride. How will that affect the score? Read on for our football team’s predictions.

Bayern Munich is one of only a few teams left in this competition with a 100% record. The German Bundesliga champions are perched on top of the pool, with their stats for the campaign showing five wins from five games, with 16 goals scored and only two conceded. They have already proven themselves to be streets clear of this stage of the play, and – better yet, in the mind of fans – FCB are yet to hit full speed. There’s more to come from this outfit.

Will we see an example of what they have left in the tank? That’s unlikely, with the group already tied up while the domestic games continue to come thick and fast. The champions are the hot favourites to defend their title and tighten that vice-like grip over the competition after dominating for a decade. The division is fast becoming just another one-horse race, but that has more to do with the quality of Bayern Munich than the lack of quality in the German top tier. Fans now want to see the famous old club back competing in the later stages of the Champions League.

We last saw the home team in action on Saturday when they dismantled Mainz O5 at this venue in the league. It was a match they were short odds to win, but the players deserve the plaudits that have been coming their way with praise heaped on from all angles. Munich won that match by a 6-2 scoreline, and it could have been more. Looking through their form for the previous month, we note Bayern Munich scored 32 goals in all competitions. That’s frightening.

Inter Milan knows they are up against it when travelling to the home of the group leaders, German champions and one of the favourites to win this season’s Champions League trophy. The cards are against them, with FCB holding all the aces, but Inter Milan isn’t here to simply make up the numbers. They are in a rich vein of form, unbeaten in their last four games, with Munich being the only team to beat them so far. Getting revenge in Germany would be a huge boost for the players, although they are already well-placed.

Regardless of the result of this match, Munich will finish as group winners, with Inter Milan ending as the best of the rest, joining the Germans in the next phase. Like their hosts, it’s plain to see that there’s more to come from Inter this season, both in La Liga and at this level. They haven’t caught fire yet on either front, but that winning mentality that served them so well in the previous season hasn’t disappeared. This is one of the best teams that will visit Munich this season. The result will tell us all we need to know about where both clubs are ahead of the break in play to accommodate the World Cup.

They travel with Champions League group stats showing three wins and one draw against a single defeat that was inflicted by Bayern in Milan back in September. Much has changed in the Italian camp, and both teams are now fully up to speed. We expect an even more competitive match than we saw last time. Milan has improved every aspect of their game since that beating, and it will be interesting to see how they perform here. When making your predictions on this match, remember the result won’t matter to Inter Milan in terms of where they finish.

It’s difficult to see this free-scoring Bayern Munich losing to any opponent in any competition at present. The stats back that up, and the home win is sure to be popular with football fans making their predictions.

If Munich performs to the best of its abilities, it’s easy to fancy their chances of adding another three points and completing the clean sweep of a talented pool. It would be foolish to write the Italians off; with nothing to play for, they’ll have a better chance than the odds suggest.

The pre-match betting odds available at 22bet has Bayern Munich priced at 1.392 for victory with Inter Milan 6.75 and the draw 5.35. There are also many specials available, such as both teams to score, handicap, total goals and more.

Make sure to bet on Bayern Munich v Inter Milan with 22Bet!