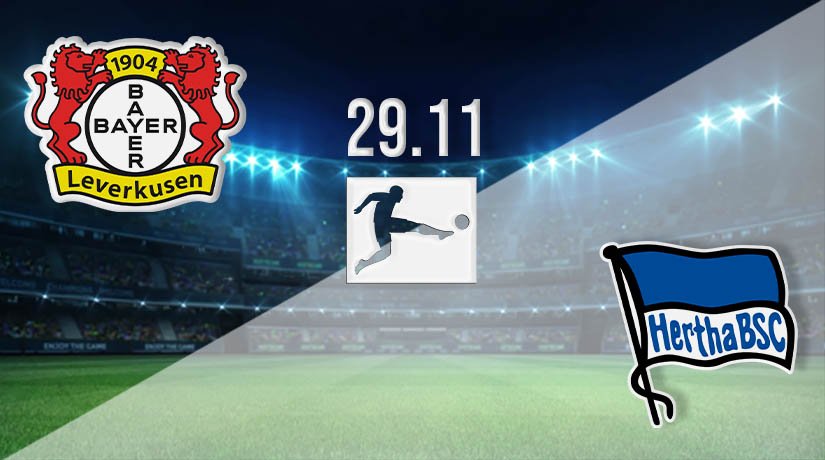 Bayer Leverkusen vs Hertha Berl in Prediction: Bundesliga Match on 29.11.2020

It has been an excellent start to the season for Bayer Leverkusen, and they will be looking to put pressure on Bayern Munich and Borussia Dortmund this weekend with a home win against Hertha Berlin.

Bayer Leverkusen are the in-form team in the Bundesliga after eight games this season, and they are among the only two teams in the league that are yet to suffer defeat. It was a slow start for Leverkusen, as they looking to find the right balance in the team after the huge loss of Kai Havertz. However, their recent form has been outstanding. Leverkusen have won their last five fixtures, which is a record that no other team in the league can match. They have won five times in the league this season, and have conceded just nine goals.

Leverkusen showed their grit last time out in the league as they won away from home against Arminia. Leon Bailey opened the scoring, before the hosts equalised through an own goal. Arminia didn’t register a single shot on target in the game, which was credit to the defensive display by Leverkusen. Aleksandar Dragovic scored late in the game to make sure they picked up the three points that they deserved.

Hertha Berlin’s season so far has been the opposite from what Leverkusen has enjoyed, as they have struggled to win games. Hertha have won just two league games so far, and have been beaten on five occasions. Four of their five defeats have come in their last six fixtures, and they were beaten last time out in the Bundesliga. Hertha were beaten 5-2 by Borussia Dortmund in their last league fixture. However, Matheus Cunha’s performance was the standout aspect for the hosts on that occasion, as he scored two goals against their talented opponents.

Hertha Berlin have got some positive results against Bayer Leverkusen over recent seasons. They won both games last season against their opponents this weekend, and they didn’t concede a goal in either meeting. They have also won four of the previous six matches between the sides.

Hertha Berlin have a fine record against Bayer Leverkusen coming into this fixture. However, that will count for very little this weekend as Leverkusen have been excellent so far this season. They should get another home success this weekend.

Make sure to bet on Bayer Leverkusen vs Hertha Berlin with 22Bet.