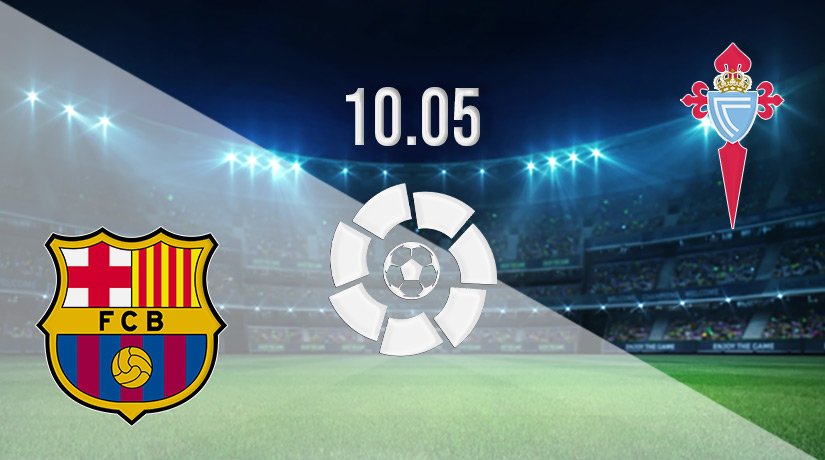 Barcelona are back in action in La Liga on Tuesday, as they will be looking to record a third straight win in the Spanish domestic top-flight to solidify their place in second in the league standings. Celta Vigo are the visitors to the Nou Camp this week, as they look to record a second straight victory and move into the top half.

Barcelona will be looking to strengthen their hold on second place in the La Liga standings on Tuesday evening, as they welcome Celta Vigo to the Nou Camp. They look set to finish second in La Liga this season, as they currently sit four clear of Sevilla and five clear of Atletico Madrid.

Barcelona have won their last two fixtures in La Liga, and have won three of their last four. However, they could still be overtaken in the final weeks of the season, as both Sevilla and Atletico could still catch up to Xavi’s side.

But, Barcelona look to be the most consistent of the teams behind Real Madrid in La Liga this season. Barcelona won their last fixture on the road against Real Betis. It was a dramatic finish to that game, as Jordi Alba scored the winner in the fourth minute of injury time. Ansu Fati also scored in the game, as Barcelona scored twice in the final 15 minutes.

Celta Vigo will still be looking to end this season in the top half of the La Liga standings. They come into this fixture on the road sitting in eleventh, but they are just a point behind Valencia. Victory on the road would see them go up to ninth in the league standings.

Celta has lost two of their previous five games in the Spanish top-flight, but they did get back to winning ways in their most recent fixture in La Liga. That victory came on Saturday, as Celta recorded a thumping 4-0 home win against Alaves. Iago Aspas scored twice in that home victory, while further goals were added by Thiago Galhardo and Franco Cervi. However, this is a much tougher fixture.

Barcelona have gone two without victory against Celta Vigo, with the latest fixture between the sides seeing the rivals play out a 3-3 draw in November 2021. Celta Vigo won on their last visit to the Nou Camp, as they picked up a famous 2-1 success in May 2021. However, Barcelona have still won three of their previous five home games against Celta Vigo.

Celta Vigo will come into this fixture believing that they have an outside chance to take the points. However, we find it hard to bet against Barcelona winning for the third game running. We fancy Barcelona’s chances of securing a 2-0 win at the Nou Camp.

Make sure to bet on Barcelona vs Celta Vigo with 22Bet!