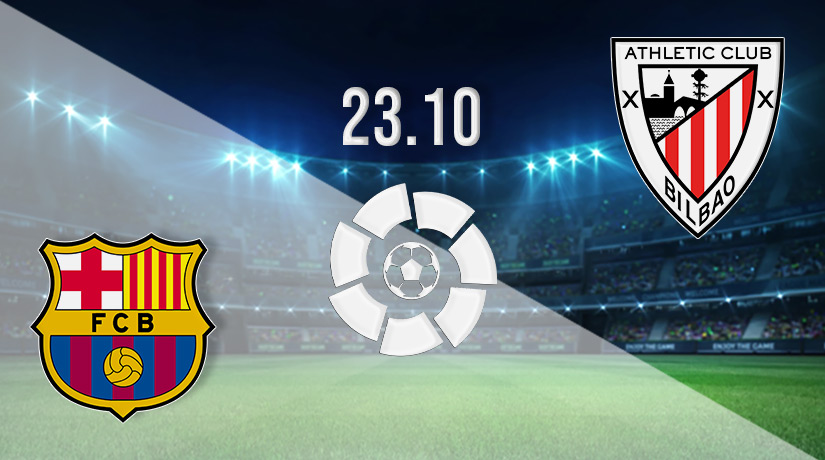 The Spanish La Liga looks to be back to full strength, with Barcelona seemingly through the worst of the off-field financial worries that ruined their chances of success last season. Real Madrid won the title in the previous campaign and started this term as the hot betting favourites to do the same. Still, they already have Barcelona for company, and a competitive few months lie ahead. With the league breaking for the World Cup in a few weeks, Barca will aim to head into that sitting top of the league.

Barcelona knows that if they are to challenge Blancos for the crown, they can’t afford to get too far ahead of themselves. They must take every match as it comes and continue to pick up points and reel off wins. Being strong at home is a must if they are to challenge this season. Fans expect to see Barcelona take all three points when hosting Athletic Bilbao on Sunday in what will be their second outing of the week after welcoming Villarreal on Thursday. We are amid a hectic schedule, but the home players are experienced enough to deal with that.

Athletic Bilbao is no mere opponent; they aren’t here simply to make up the numbers. Even Europe’s best teams fear a trip to the Camp Nou, but Bilbao has nothing to fear. They arrive on the back of a decent run of form, have ambitions of landing a European finish this season and know taking three points from this match will help them achieve that. Which team will come out on top here? Our football experts aim to help make finding a winner easy with our in-depth preview. We flag up the relevant form, injury news, head-to-head results and more.

Few La Liga pundits expected Barcelona to challenge for the league title this season. Most predicted an improvement on last year but without ever landing a glove on the champions. That may end up being true, as we can only go by what we have seen so far this season, and the locals look ready for a fight. They are in the middle of a great run of form and were sitting in pole position until the weekend. Their season may yet unravel, but we’ve seen nothing to suggest that’s going to be the case from their recent performances.

Barcelona started the week with their stats for this season, showing seven wins and one draw against one defeat with 21 goals scored and just four conceded. The 22 points collected put Barca three points behind Real Madrid following a change at the summit, but we could see the rivals continue to trade places throughout winter. The locals have suffered just one defeat in their opening nine games, and that’s night and day when compared with last term. They now have a solid base on which to build their season.

Although the team has lost just once this season at the start of the week, that blot on their copybook came last weekend when going down against Real Madrid in a stunning El Classico. Blancos held the home advantage for that game and were the pre-match favourites to win, with the players living up to the hype without bother. They blew Barca out of the water last weekend, with the beaten team having little to cheer other than a consolation goal scored by Torres near the end. How will Barcelona respond to such a painful loss?

Athletic Bilbao isn’t a team you will see challenging for the La Liga title or even a top-four finish all that often, but they are a side we admire. Bilbao is a tough nut to crack and has already proven themselves to be more than a match for the biggest sides in this competition. They work hard, play as a team and remain modest. It’s not often you will see them out of their depth against an opponent from Spain, and even if they don’t get the desired result here, it won’t be for a lack of trying. The visitors are a determined bunch.

Bilbao started the week sitting sixth in the table following a strong start to the campaign, with their stats showing five wins, two draws and a pair of defeats, scoring 17 goals and conceding just six. When taking a closer look at those numbers, we note Bilbao has scored more goals than three of the five teams above them in the ladder, with only Real Madrid and Barcelona finding the net more frequently. The 17 points collected left them just two behind Athletic Madrid in third place.

Can Bilbao continue their strong form and secure a top-four finish in La Liga, securing their entry to the Champions League next season? That would be the dream for fans, but there is a long way to go and plenty of football still to be played. The visitors also make this trip on the back of a poor run of form after their results took a turn for the worst. They were held to a draw by Sevilla on the road before losing 1-0 at home to Atletico Madrid last Saturday.

Barcelona is higher in the league, has more points on the board, have scored more and conceded fewer goals than their opponents. That’s the reason they are hot favourites to make this count by adding another three points to their tally. That will keep them in the running for a crack at the title, ramping up the pressure on Real Madrid.

Athletic Bilbao is a difficult team to get right. They always work hard, as seen from their recent results, and when they do lose, it’s often not by much. They’ll arrive at the Camp Nou determined to give a good account of themselves and would view a draw as a decent return.

The pre-match betting odds available to those who are registered with 22bet has Barcelona at 1.536 with Athletic Bilbao 5.75 and the draw 4.38.

Make sure to bet on Barcelona v Athletic Bilbao with 22Bet!