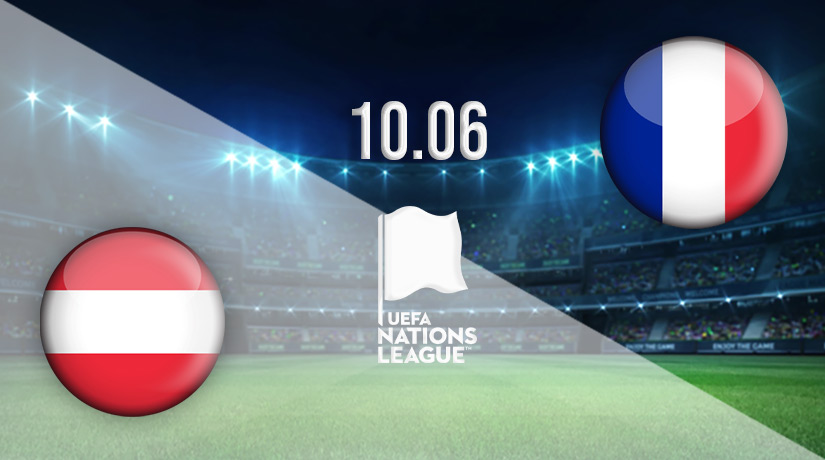 After France’s shocking defeat in the opening match of the Nations League against Denmark (2-1) and the 1-1 draw away to Croatia, the world champions will be looking to get their campaign underway when they travel to Austria for matchday 3 on Friday at 19:45GMT at the Ernst Happel Stadion.

Can Austria Compound France’s Bad Start to the Nations League with a Win at Home?

After a loss and a draw, Austria will be looking to bolster their position on their group table when they host the world champions on Friday.

Austria were unable to make it two wins out of two when they lost to Denmark on Monday; however, they will be confident of getting a favourable result in the match against France who have looked lacklustre so far in this tournament.

With France joint-bottom with Croatia having collected a point from the available six, Austria will see an opportunity to compound the challenges facing the world champions by handing them a defeat and bolstering their chances of progressing deeper into the Nations League competition.

Can France Get their Nations League Campaign Back on Track with an Away Win?

Didier Deschamps will be disappointed in his side’s beginning to their Nations League campaign. The shock 2-1 defeat at home to Denmark and the unimpressive 1-1 draw away to Croatia have highlighted some concern for Les Bleus.

Deschamps will be concerned with the lacklustre and laboured performances that his players are providing, which means that Les Bleus have not dominated matches like they are accustomed to.

These bad results are also encouraging teams to build confidence that they can beat France, which makes their matches even harder. Deschamps will be looking for a statement-making performance and win in the clash with Austria on Friday.

Austria have won two matches in their last five outings in international football. They have also drawn once and lost twice in this run.

The losses came in a 2-1 reverse against Wales in the World Cup Qualifiers; they also lost 2-1 to Denmark on matchday 2 of the Nations League competition. Austria will be looking to bounce back immediately when they face France on Friday.

The two wins came in the impressive 4-1 dispatch of Moldova on matchday 10 of the Group stage of the World Cup Qualifiers; they also won in style in the 3-0 triumph against Croatia in their opening match of the Nations League campaign.

In their last five outings in international football, Les Bleus have won three matches, lost once, and drawn once in the process.

The three victories came in the 2-0 triumph over Finland on matchday 10 of the Group Stage of World Cup Qualifiers and two friendly wins over Ivory Coast (2-1) and South Africa (5-0).

Les Bleus’ draw in this run came in their latest match against Croatia in the Nations League, which ended in a 1-1 stalemate.

Deschamps will be looking to bolster the consistency and cutting edge of his side as they look to reboot their Nations League campaign when they face Austria on Friday.

The Real Madrid defender who was recently crowned Champions League winner will be tasked with organising and marshalling Austria’s defence when they face the potent attack of Les Bleus on Friday.

Alaba will be crucial in offering his experience and leadership to his teammates as they seek to stop the world champions.

The forward, who recently ended all speculation about his future by signing a contract with PSG, will be central to France’s attacking impetus.

His pace and cutting edge in front of goal will offer robust tools for Les Bleus as they seek to reboot their campaign in the clash against Austria.

France will focus on providing a performance characterised by tempo, hard work, dominance, and rhythm. The focus will be on patient build-up coupled with verticality in passing.

Austria will seek to be solid and compact to contain France. They will also focus on set pieces and counter-attacking opportunities to get the breakthrough against the world champions.

Make sure to bet on Austria vs France with 22Bet!