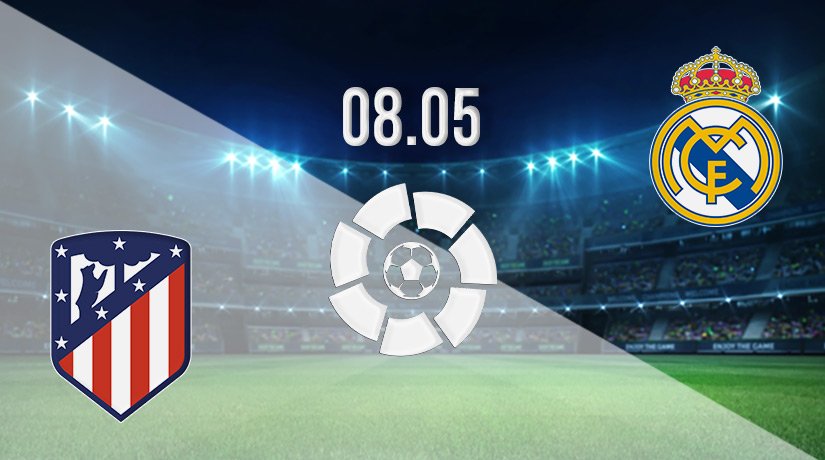 Fresh from winning the La Liga title, and confirming their place in the Champions League final against Liverpool in Paris, Real Madrid will travel across town to the Wanda Metropolitano Stadium to face their city rivals Atletico Madrid on Sunday at 20:00GMT in a match that could have a bearing on Atletico’s top-four chances.

Can Atletico Madrid get back to Winning Ways in the Derby?

A run of two matches without a win in La Liga, and just two wins in the last five, has seen Diego Simeone’s side pulled to a top-four fight against Real Metis and Real Sociedad in the remaining four matches.

Simeone will focus on getting the points to secure a Champions League slot for next season given the financial implications involved.

However, Atletico will have to do it the hard way against a buoyant and jubilant Real Madrid who have secured the title and eliminated Manchester City to book a clash with Liverpool in the final.

Can Real Madrid Heap Misery on their City Rivals with a Win at the Wanda Metropolitano?

Real Madrid will be riding high following their stunning comeback victory over Manchester City in extra time that booked their appearance in the Champions League final in Paris against Liverpool.

Carlo Ancelotti will be focusing on grounding these players, even though they have already wrapped up the title.

This being a derby will fire up Los Blancos for the Sunday clash, and they will be looking to heap misery on Simeone’s men by handing them a defeat that might see them drop out of the top four.

Simeone’s side have been in indifferent form in recent matches as they have struggled to seal their position in the top-four.

Atletico have won two times, drawn once, and lost twice in this run. They have collected 7 points while dropping 8 in the process.

This run of form has seen Simeone’s side lose their advantage ahead of the chasing pack (Real Betis, Real Sociedad, and Villarreal). In the remaining four La Liga matches, starting with the derby against Real Madrid, they have no room for error.

Real Madrid have responded impressively to the 4-1 defeat to Barcelona by winning the subsequent five outings in La Liga and duly wrapping up the title. They have collected 15 points from the available 15 in the last five matches.

Although the title has been secured, Ancelotti will want to see his side be competitive, motivated, and driven to beat their city rivals; the fans will expect nothing less from Real Madrid.

Jose Maria Gimenez is a doubt for Sunday’s derby; the 27-year-old centre-back suffered a muscle injury on 3rd April 2022 and has missed six matches for Atletico so far.

Diego Simeone will also be without Joao Felix, who is recovering from a muscle injury. The 22-year-old Portuguese has been sidelined since April 18th, 2022, and has missed 2 matches already.

Thomas Lemar is also a doubt for Atletico with a muscle injury.

Carlo Ancelotti will be without Eden Hazard; the 31-year-old Belgian is recovering from a fissure to his fibula and is expected back at the end of June.

Los Blancos will also be without right-winger Gareth Bale with back trouble.

The experienced striker will be central to Atletico’s chances of beating Madrid and qualifying for next season’s Champions League.

His work rate and runs will be a cause of worry for the Real Madrid defence.

After coming on as a substitute and grabbing the headlines with a brace against Manchester City, the forward will take centre stage in the derby.

His penetrative runs and clever positioning out wide and through the middle will be crucial for Los Blancos.

Real Madrid, buoyed by their success against Manchester City in mid-week, will come up strong and press Atletico across the pitch.

Atletico will be content to be solid and pragmatic against their city rivals. They will leverage fast breaks and set pieces to create scoring chances.

Make sure to bet on Atletico vs Real Madrid with 22Bet!