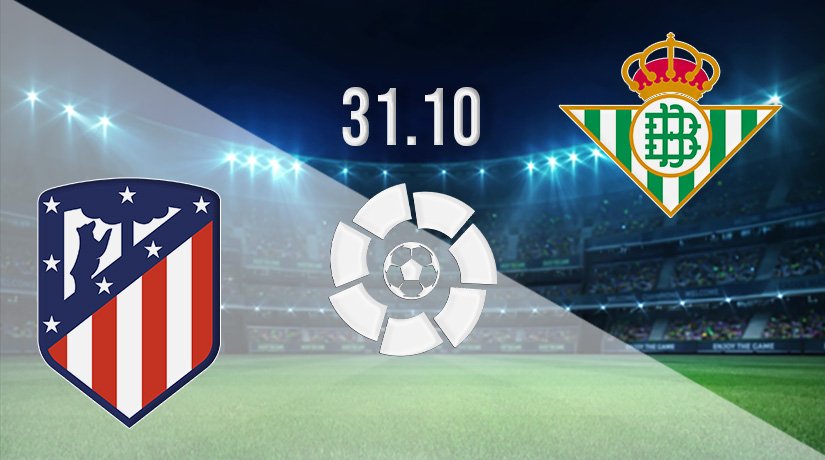 Atletico Madrid have dropped out of the top four this week, after drawing their last two games in La Liga. Their opponents this weekend are currently in one of the Champions League places, but which of the European hopefuls will take the points on Sunday?

Nobody can doubt that Atletico have been one of the more entertaining teams to watch in La Liga over recent weeks, as there have been four goals in each of their last two games. However, both fixtures have ended in draws, which has seen them drop to sixth in the league standings.

Atletico’s strong defence record that was the backbone to their title challenge last season has been lacking this term, as they have already allowed ten goals in the ten games that they have played. Their most recent draw came on Thursday evening, as they drew 2-2 away at Levante.

Antione Griezmann scored his first La Liga goal since returning to the club, before Matheus Cunha believed that he had wrapped up the win with 14 minutes remaining. However, Levante scored a 90th minute penalty to take a draw.

Real Betis certainly look to be a team with a decent chance of finishing in a European place this season. They are currently in one of the four Champions League places, having won six of their eleven games so far this term. Their recent form has been extremely strong, as they have won their last three.

Betis won for the third game running on Wednesday, as they hammered Valencia 4-1 at the Benito Villamarin Stadium. Borja Iglesias scored a brace in the victory, while German Pezzella and Juanmi scored a goal each in the second period to assert their dominance.

The recent record between the two sides doesn’t make good reading for Betis. They have lost three of the last four fixtures between the sides, and haven’t won away from home against Atletico since April 2008. Atletico have won their last three matches at home against Betis without conceding.

Betis are certainly the form side coming into this fixture, but Atletico’s home dominance against Betis is hard to ignore. It isn’t completely out of the question that the sides could play out a draw this weekend, as both have lost very few games this term.

Make sure to bet on Atletico Madrid vs Real Betis with 22Bet!