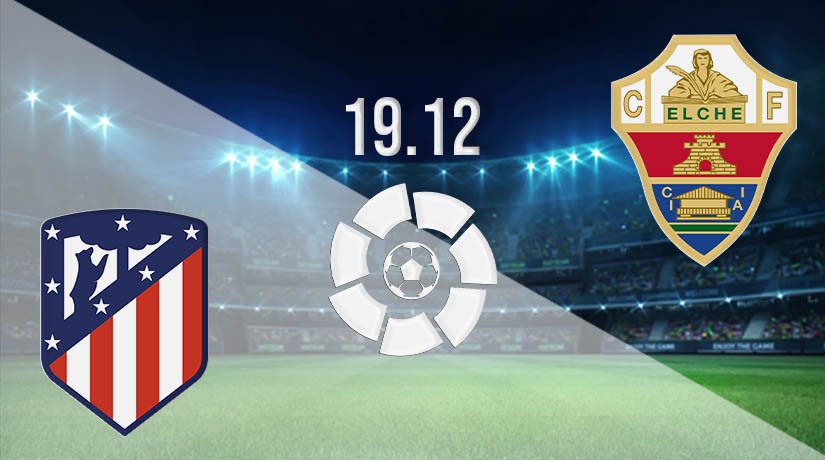 Atletico Madrid’s unbeaten start to the season was brought to an end last time out, but they will be looking to get back to winning ways on Saturday as they take on Elche.

Atletico Madrid had started the season in excellent form, but they would have been desperately disappointed to lose their unbeaten record in their last league game against Real Madrid. Diego Simeone would have been despondent that his side were beaten, but they still have two games in hand over the majority of the teams around them. That means that they could open up a six-point gap without taking into consideration the points that the sides around them may drop. Atletico conceded twice in that defeat against Real, which means that they have now conceded twice as many goals this season as they had before the game. Still, Simeone and his side will still be pleased with their performances from the first half of this season, and there is a sense that they are very much a main player in the La Liga title race this season.

This could be an excellent game for Atletico to bounce back to winning ways, as Elche have struggled for any consistency this season. They have won just three games this season, but they also don’t lose any many occasions. They have lost just three times this season, with two of these defeats coming in their last six games. They were beaten last time out in La Liga, as they fell to a 1-0 defeat against Granada. Elche dominated the possession in that defeat but were unable to trouble the Granada defence that much, as they recorded just one shot on goal. They are unlikely to have that much of the ball against Atletico on Saturday.

Elche have never beaten Real Madrid, and they have lost five of the six meetings between the sides in the past ten years. Elche’s best result during this run of form was a 1-1 draw that they achieved in 2017. Atletico won the return fixture in the Copa del Rey 3-0.

Elche haven’t shown many signs of promise over recent weeks in the attacking third, and that would be a huge concern coming up against the league’s best defensive side. Atletico will bounce back to winning ways with a comfortable home success.

Make sure to bet on Atletico Madrid vs Elche with 22Bet!