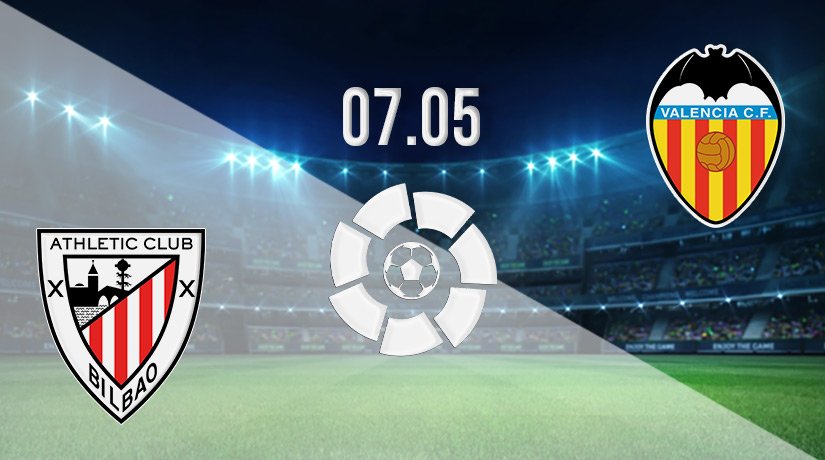 Athletic will be looking to bolster their position on the La Liga table when they host Valencia on Saturday at 15:15GMT.

While Athletic are seeking to enhance their chances of qualifying for Europe, Valencia will focus on stabilising their form and bolster their mid-table finish with four matches remaining in the season.

Can Athletic make it Three Wins on the Bounce?

Having won two consecutive matches in La Liga, Athletic will hope to maintain their run of form in the clash with Valencia.

With four matches remaining in La Liga, Athletic have a chance of bolstering their position on the table, with Villarreal just a point ahead of them in 7th and a further five points behind 6th-placed Real Sociedad.

They will be confident ahead of the outing against Valencia after last week’s 2-0 win over Atletico Madrid.

With UEFA Europa League and Conference League positions up for grabs, Athletic will be looking for a win that will steady their position on the table at the end of the season.

Can Valencia Get Back to Winning Ways After a 5-Match Winless Run?

Valencia are winless in five La Liga outings (three draws and two losses); they will be focusing on getting back to winning ways as they seek to climb onto the top half of the table.

Valencia will be looking over their shoulder with Rayo Vallecano and Celta Vigo just two and three points behind respectively.

A win at Athletic will cut the gap between the two sides down to five points, as Valencia seek to finish as higher up the table as possible in the remaining four La Liga matches.

Athletic have been in decent form over the last six matches in the league. They have collected 11 points out of the available 18.

This means that are the third-best team in La Liga over the last six outings, behind Real Madrid (15 points) and Barcelona (12 points).

They have won three times, drawn twice, and lost once in the process.

José Bordalás’ side have been in a bad run of form in the last six La Liga outings. During this run, they have collected six points and dropped a whopping 12.

They have won just one match in this run, including a five-match winless sequence of matches during which they have had three draws and two losses.

Athletic will be without centre-forward Asier Villalibre. The 24-year-old tore his adductor muscle on April 18, 2022, and has missed two matches already for the Basque club.

Athletic will also be without the services of second striker Oihan Sancet who has been side-lined with pubitis. The 22-year-old has been out of action since April 20th and has sat out of two matches so far.

José Bordalás has no injuries to report in his squad ahead of the clash with Athletic Club on Saturday.

This will be a boost as Valencia look to turn their form around just in time for a strong finish to the season.

Williams has eight goals and four assists in 34 appearances for Athletic Club this season.

He is the highest-scoring player for Athletic this season, and his contributions have been crucial for Athletic Club’s upturn in form in recent matches. He will be crucial for the clash with Valencia on Saturday.

The forward has grabbed 11 goals and six assists this season in 32 appearances for Valencia. Alongside Soler (7 goals and 5 assists), Guedes is a crucial cog in the Valencia attacking force.

He will be crucial for Valencia’s effort to turn their form around starting with Saturday’s clash with Athletic Club. His goal threat, physical presence, and movement upfront will be essential to breaking the Athletic defence down.

Athletic Club will start the match with tempo and pace as they seek to drive home their form advantage against an out-of-sorts Valencia.

Valencia will focus on containing the threat posed by Athletic and use their pace on the break to pose an attacking threat.

Athletic Club are favoured to win this match and take the all-important three points.

Make sure to bet on Athletic vs Valencia with 22Bet!