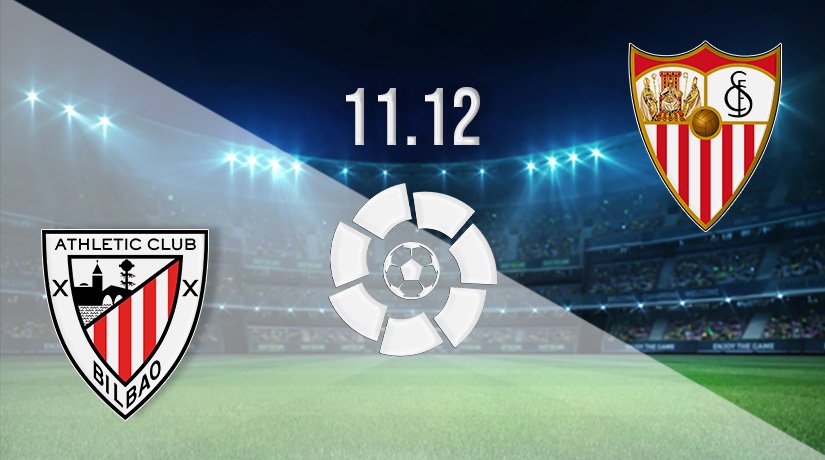 After moving up to second on the La Liga table with a 1-0 win at Cordoba, Sevilla travel to the Basque country to face Athletic Club at the San Memes Stadium at 21:00 GMT.

Athletic are reeling from a 1-0 loss to Real Madrid following two consecutive draws in La Liga – 0-0 against Levante and 2-2 against Granada. This sets up an enthralling fixture as La Liga takes shape this season.

How Will Athletic Go About Getting Their First Win in Six?

Winless in the last five rounds of fixtures, Athletic’s Marcelino García Toral will be looking hard for the formula to start winning football matches again. With three draws and two defeats, the San Memes’ faithful will be anxious for a statement performance against Sevilla.

But Athletic will face a Sevilla side that are in good form, having lost only once in their last five, a 2-1 reverse against league leaders Real Madrid.

Can Sevilla Hold Their Composure to Mount an Unlikely Title Challenge?

With Athletic Madrid and Real Sociedad losing in their last matches, a 1-0 win at Cordoba lifted Julen Lopetegui’s men to second on the table, having played a match less on league leaders Real Madrid.

Sevilla are getting used to offering disciplined performances to win narrow matches.

Lopetegui will hope that his side can keep this pace up as they visit the San Memes on Saturday.

Marcelino García Toral’s side have the third-worst run of form over the last six matches in La Liga. They have collected 4 points out of the available 18. The only teams with the worst record are Osasuna and Levante that have picked up only three points in this run.

Athletic have had four draws and two losses in their last six in La Liga; this shows a lack of cutting edge for the Basque club, which will be a concern heading in the match against an in-form Sevilla.

The form guide over the last six matches shows that Sevilla are on the other side of the spectrum to Athletic.

Lopetegui’s men have collected 11 points from the available 18, winning three, drawing two, and losing one in this run. Notably, Sevilla only lost to league leaders Real Madrid in this sequence.

Steadily, Lopetegui’s men have been displaying sturdy performances coupled with a clinical cutting edge upfront, a combination that has proven effective in collecting points.

On Saturday, Marcelino García Toral will be without three key players in the clash against Sevilla. Asier Villalibre is out with a hamstring injury. The 23-year-old center forward has been out of action since November 20th and has missed 3 matches already.

Athletic are also without Dani Vivian, with the center-back sidelined with a hamstring injury. The long-term absentee Yuri Berchiche is still missing from the action with pubitis.

Julen Lopetegui has headaches regarding the absences of some crucial players. Right-winger Suso is missing with a muscle injury he suffered on November 21st.  Erik Lamela is also unavailable for selection with a shoulder injury.

Sevilla are also without the experienced Jesus Navas, who is nursing a muscle injury. Youssef En-Nesyri is also out of consideration in the upcoming match on Saturday with a muscle injury.

Williams has three goals and one assist in 15 appearances this season. The Bilbao academy product has not been at his prolific best this season, but he remains an influential player for Athletic.

When Marcelino García Toral’s side play well, Williams is often in the middle of such a performance. Therefore, Williams will be the danger man for Athletic as they face a strong Sevilla rear guard.

Mir has been influential for Lopetegui’s side this season, with 6 goals in 19 outings. Although Sevilla’s goals are evenly spread across the team, Mir plays a central role as the lynchpin of the team’s attack.

Mir will be central to the chances of Sevilla pulling off a win at the San Memes.

Athletic’s recent form means that Marcelino García Toral will look to maintain stability and solidity in their performance to avoid conceding early. Sevilla will maintain their conservative approach characterized by very few chances given to the opposition. This will be a cagey affair settled in favor of Sevilla.

Make sure to bet on Athletic vs Sevilla with 22Bet!