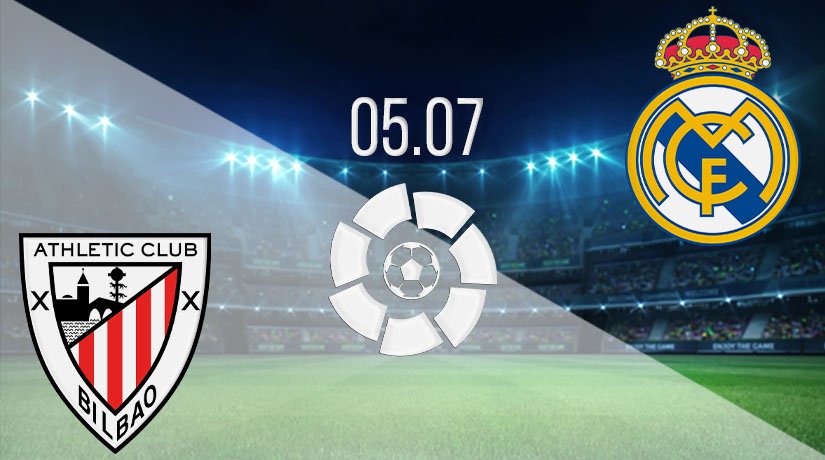 There are no small games left in La Liga for Real Madrid this season, as they are aware that they will need to win every match to secure the league title. They will face an interesting challenge this weekend as they come up against Athletic Bilbao.

Real Madrid have been outstanding since the season resumed, as they have won all fixtures that they have played. Their form, combined with the poor recent run of results for Barcelona, means that there is now a four-point difference between the two sides. That is a huge difference between the sides with five games remaining, and it looks almost impossible to see past Madrid being crowned champions this season.

It was a much more nervy performance by the champions in waiting last time out as they edged to a 1-0 win over Getafe. The only goal of the game was scored with ten minutes remaining by Sergio Ramos from the penalty spot. However, Zinedine Zidane wouldn’t have been bothered with the performance as the three points was the most important thing, and that will be the case once again this weekend.

Athletic Bilbao has enjoyed a steady run of form over recent weeks, and they may feel as though they have an outside chance of reaching the Europa League places this season. They are currently two points behind Real Sociedad, while recent results have meant that Bilbao are realistically the only challengers for the top seven.

Bilbao have won three of their previous four, and have enjoyed successive victories. The first of those came against Real Mallorca, before they earned a second big win with a 2-0 success against Valencia. Raul Garcia scored a brace in that success. Bilbao will present a stern test for the league leaders.

Athletic Bilbao haven’t beaten Real Madrid since 2015, and they have gone nine matches without a win in this fixture in La Liga. Real Madrid have won five of these meetings. However, they haven’t won on their last two trips to Bilbao. The match earlier in the season ended in a 0-0 draw.

The visitors will be keen to press home their advantage on what could be a pivotal weekend in the title race. It’s hard to see past Madrid claiming the three points in this fixture.

Make sure to bet on Athletic Bilbao vs Real Madrid with 22Bet!