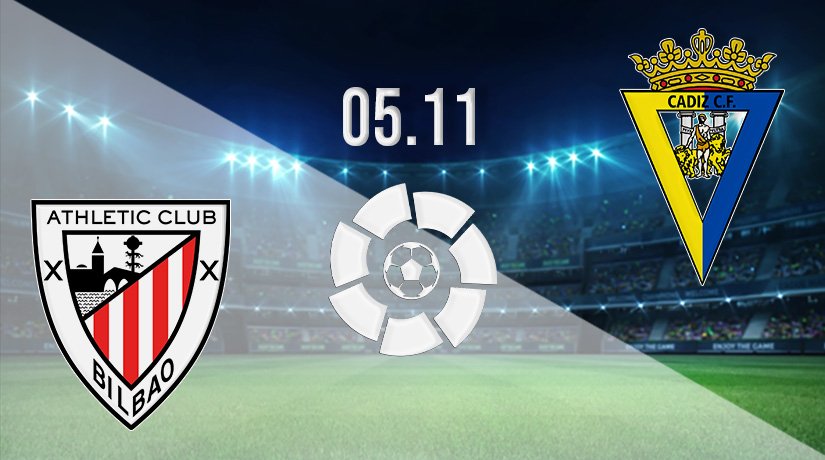 Cadiz’s long wait for a second win of the La Liga season has continues over recent weeks. They come up against an Athletic Bilbao side this weekend that have lost just once in eleven games.

Athletic Bilbao are knocking on the door for the European places in La Liga, as they have lost once in eleven games this season. Bilbao have been in fine excellent form too, as they are unbeaten in their last five top-flight fixtures. However, there is still a one-point difference between themselves and the Europa Conference League spot, and a four-point gap from the Champions League places.

Draws have been a slight issue for Bilbao in La Liga to this point, as they have been held on six occasions. Three of those draws have come in their last five games, including back-to-back draws in their last two fixtures. Both games have been drawn 1-1, with the most recent of those coming last Sunday against Real Sociedad.

However, Bilbao would have taken an enough lot of positives from that game against the former league leaders. They went behind early in the second half, before losing Inigo Martinez to a straight red in the final ten minutes. However, they still showed the character to get back into the game, as Iker Munian scored the equalising goal in the first minute of injury time.

Cadiz come into this game in the relegation places, as they have won just once this season. They have also picked up six draws so far this season, which leaves them a point away from safety. They have been picking up points on a regular basis in recent weeks, as they have took two points from their last two games.

Cadiz fought back in injury time to take a point from their last fixture, as Alvaro Negredo scored in the 93rd minute to earn a 1-1 draw against Real Mallorca. However, wins are what they will really need to get out of the relegation places.

Both sides picked up positive results in this fixture last season, but on both occasions it was the away team that won the match. Cadiz won the game in Bilbao 1-0, while Bilbao took the points in their game on the road, winning 4-0.

Cadiz have found it difficult to pick up wins this season, which means that it will be hard to see them getting the points this weekend against a Bilbao side that don’t lose many. The hosts are the pick, as they look to move into the European places.

Make sure to bet on Athletic Bilbao vs Cadiz with 22Bet!