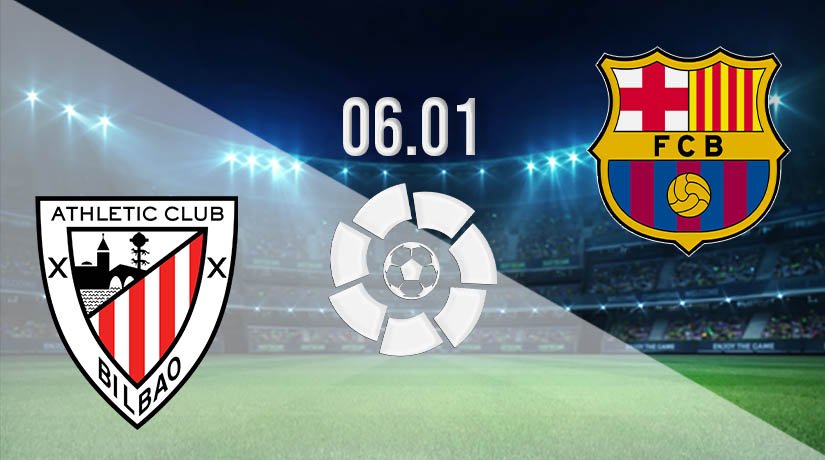 Spanish football returns this midweek and Barcelona are in La Liga action on Wednesday from 20:00 GMT in a game scheduled to be shown live to a bumper television audience. Barca trip to Athletic Bilbao looking to gain the win needed to continue their strong recent form and catapult them back into the top-four.

The match stats show Barcelona have dominated Bilbao over the years with the head-to-head stats showing 43 wins for Barca against 12 for Bilbao and 15 games ending in a draw. The most recent clash ended in a narrow 1-0 win for Barcelona which is worth noting as it was the third game in-a-row these sides produced that scoreline.

Bilbao boast the home advantage for this game, but they enter on the back of a poor run of form that has seen them win only two of their last five league starts, that spell consisting of two defeats and a draw. They are ninth in the La Liga table with 21 points on the board thanks to six wins, three draws and eight defeats, scoring 19 goals but conceding the same number.

The locals did boost confidence last time out when landing a much-needed win and three points over Elche at this venue in their opening game of the year. It was a match many pundits expected them to win more comfortably but only a goal from Muniain on 25 minutes separated the teams at the full-time whistle.

Barca start down in fifth

Barcelona started the season looking to wrestle the La Liga title back from rivals Real Madrid, but things haven’t gone according to plan in the opening exchanges of this campaign. The visitors are placed fifth in the table having won eight, drawn four and lost four games, scoring 30 goals but conceding 15. They are the joint top scorers in the competition but have leaked more than double that of current leaders Atletico Madrid.

The visitors do have a game in hand over most sides above them in the list and know winning this will set their title challenge back on track. They were last seen beating Huesca 1-0 on Sunday, bagging all three points thanks to a goal from de Jong scored with 27 minutes on the clock. It was a competitive match but Barca were deserving victors that day.

Bilbao know the size of the task facing them here as they attempt to stop a resurgent Barcelona. They do hold the home advantage but Barca will come to town determined to show their class, continue their winning ways, and drive themselves into the top-four. Anything less than a win here would be disastrous for Barcelona so that may make this a nervy 90 minutes.

Make sure to bet on Athletic Bilbao vs Barcelona with 22Bet!