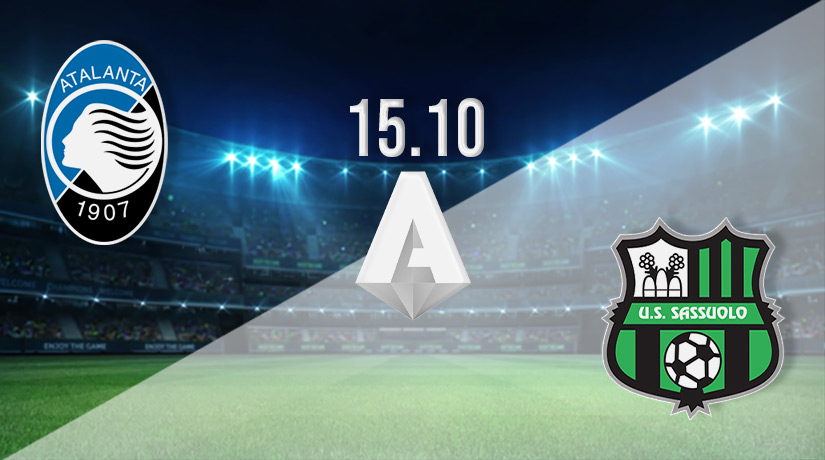 Atalanta could move to the top of the Serie A standings this weekend, as three points would be enough to put them ahead of Napoli. However, Sassuolo won’t make life easy for their rivals, as they have picked up two wins in their previous three fixtures in the Italian top-flight.

It has been an excellent start to the new campaign for Atalanta, and they will have the opportunity to move to the top of the league standings on Saturday. Victory at home against Sassuolo will take them a point clear of Napoli, and there looks a solid chance of that happening given that the home side is one of just two teams in the Italian top flight that still boast an unbeaten record.

Atalanta is yet to lose in nine league fixtures this term, as they have won six of the matches that they have played. However, there have been slight concerns in their previous four fixtures, as they have been held to two draws. Their most recent draw came last weekend, as they were held to a 2-2 tie against Udinese.

Sassuolo should come into this fixture in good confidence, as they have picked up two wins in their previous three fixtures. A victory on Saturday could lift them up to seventh in the standings, as they are just three points behind Inter Milan after nine rounds of fixtures this term.

However, they were handed a first defeat in three in their previous fixture, as they lost 2-1 against Inter. Davide Frattesi did level the scores at 1-1 in that fixture after 60 minutes, but Inter netted the winner with 15 minutes remaining.

Atalanta vs Sassuolo Head to Head

Sassuolo picked up a first Serie A win against Atalanta since 2014 in the previous fixture between the sides in April. However, Atalanta has dominated home fixtures against Sassuolo, as they have won each of the previous five. They won this exact fixture 2-1 last season.

This should be an entertaining match in Serie A this weekend, but we find it hard to see past Atalanta taking the points. They have a fine record in home fixtures against Sassuolo, and are still unbeaten in the league this term.