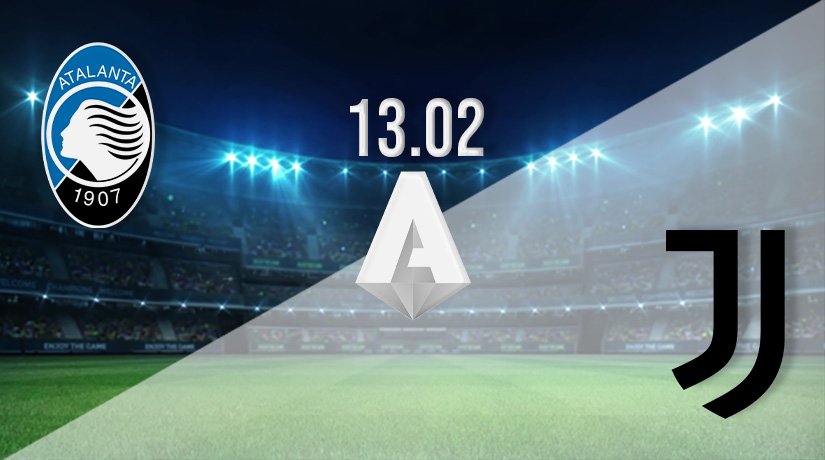 Six matches will be played in the Italian Serie A on Sunday, with the play getting underway at 11:30 when AC Milan host Sampdoria. The fixture that caught our eye goes in the top of the bill slot of Atalanta welcome Juventus in a game you can follow live on television from 19:45 GMT. With both teams already looking out of the title race but having a chance to secure a top-four finish in next season’s UEFA Champions League, there’s still all to play for, and that will reflect in the efforts of both sets of players.

Atalanta started the weekend down in fifth place following an uncharacteristic poor run of form. The locals have managed to win just one of their five games, and that has caused them to drop out of the top four and off the pace needed to secure Champions League football in the summer. Juve started the season slowly but have exploded to life in winter, clambering into the prize places and hoping to book a spot in Europe. They arrive on the back of a stunning unbeaten run and have worked so hard to get into the top four. They won’t want to give it up without a fight.

Atalanta has fared well against Juventus in recent seasons and has lost just one of their last five. During that purple patch, we’ve seen Juventus win 2-1 in the Coppa Italia, 2-2 and 1-1 draws with a pair of 1-0 wins for Atalanta making up the spares. The most recent clash finished 1-0 in November thanks to a goal scored by Zapata on 28 minutes, and fans of the locals would love to see more of the same in this renewal while those loyal to the Juve cause demand better from their team.

Atalanta are winless in three

Atalanta was one of the pre-season favourites with Italian football pundits to finish in the top four this season, but they started this week in fifth following a poor run of form. The home team line up for game 24 of the season, having failed to win any of their last three outings and managing to rack up one victory in their previous five games. That recent drought saw Atalanta follow back to back draws with defeat in their most recent game and the team are low on confidence. They must bounce back to winning ways against Juventus, and the home advantage may help them achieve that.

The locals carry season stats of 12 wins, seven draws and four defeats, with 45 goals scored and 28 conceded. They have found the net more times than Juve so far this season, scoring the same number of goals as Napoli, who are second in the league and pushing Inter Milan hard for the title. It’s at the opposite end of the pitch where work needs to be done to bring this Atalanta team up to scratch. They have leaked more goals than Torino, a team stuck down in tenth position in Serie A. Improving their backline is a priority for the Atalanta coaching staff.

The home team lost at home to Cagliari last Sunday in what was a shock result. Having drawn their previous two, Atalanta was expected to pick up a valuable three points ahead of this match, but they stumbled to a 2-1 reverse and finished the match with ten men. Musso was sent off early in the second half before Palomino scored on 64 minutes, but it wasn’t enough to help the ten men record a win with a quickfire double from Pereiro wrapping up the points.

Juventus make this trip on the back of a stunning unbeaten recent run, and they have won three and drawn two of their last five. That turnaround has driven the former champions and Italian football’s most successful club back into the top four, and the players will be eager to hold their ground, fending off the attentions of Atalanta and the chasing pack. At present, six points stand between Juventus in fourth and Roma down in seventh, so there will be no self-congratulations or back-slapping in the Juve camp just yet. There’s still plenty of work to be done, starting here.

If the visitors are able to win this away match, they will add serious weight to their claim for a top-four finish and place in next season’s Champions League. They are eight points off the pace set by league leaders Inter Milan meaning a title challenge looks unlikely at this stage, but there’s no reason why they can’t win this match and keep themselves in the running. With the top two teams in the league, Inter Milan and Napoli, facing off this week, Juve have a chance to make ground on the sides above them in the table.

Juve has won three of their last four games, including a solid 2-0 home win over Hellas Verona last Sunday. That was a game they were expected to win by most professional pundits and followers of Italian football, and they got the job done without fuss. Vlahovic was sensational, marking the occasion by scoring the opening goal inside 13 minutes, and when Zakaria added a second on 61 minutes, it was game over. Juventus could have scored more and probably should have scored more, but they banked all three points as they continue the fightback.

Atalanta holds the home advantage over Juventus for this match, but their recent form has been poor, and the team need to lift the performance levels if they are to get anything out of this match. Failure to get the win could hand the advantage to Juventus and knock Atalanta further off course.

Juventus have endured a rollercoaster season filled with twists and turns, but they appear to be finally heading in the right direction and looking like something near their old selves. A win away from home over Atalanta would put them in the driving seat for a top-four finish.

Make sure to bet on Atalanta v Juventus with 22Bet!