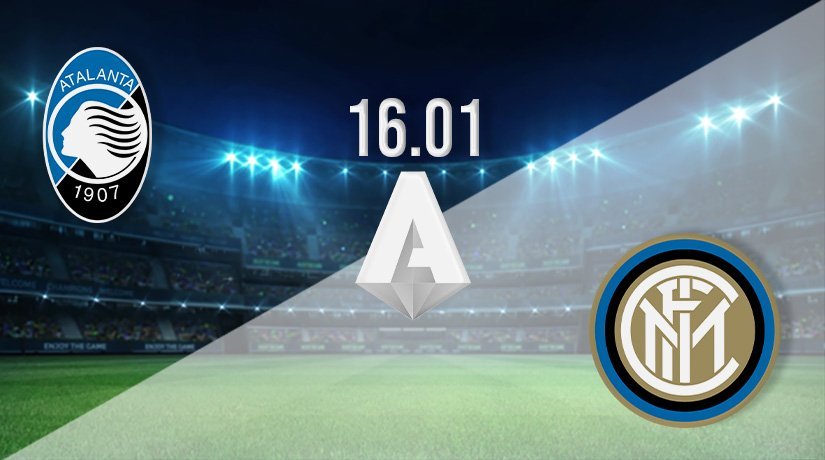 The latest round of top flight football matches from Italy will be played over the course of this weekend with games played on Saturday, Sunday and Monday. Serie A has taken shape with the division’s top teams racing clear of the chasing pack, leaving the others to battle for the dream of European football or fight to avoid relegation to Serie B. Game of the weekend will be played on Sunday from 19:45 when Atalanta host Inter Milan in the main attraction. This match will attract a huge television audience from across Europe as armchair fans tune in hoping to see plenty of drama and goals.

Atalanta are the home team who are fighting for the top four and have an outside chance of contesting the league title but know victory here is crucial. They remain on the edges of the title race but taking all three points would catapult them back into the thick of it. Inter Milan are the current leaders and are showing no signs of slowing down but there’s still plenty of football to be played this season. The visitors are comfortable but if they allow themselves to get complacent, things could unravel quickly.

Followers of Italian football will recall these sides met in September when playing out a thrilling four-goal draw. That match ended 2-2 with Inter fighting back from 2-1 down at the break to rescue a share of the spoils thanks to a strike from Edin Dzeko on 71 minutes. That will be remembered as the one that got away for Atalanta fans and they’ll be eager to see their beloved team go one better this time.

Atalanta are in the running

It has been a tough season for Atalanta in Europe as they toiled in the Champions League when most respected pundits expected them to make an impression. Domestically, things have been much better for the club and they entered the week sitting fourth in Serie A, clutching onto the final Champions League place. Protecting the position and ensuring the club are back playing at the highest level next season is the main aim but to achieve that they must hold off a Juventus side who are currently breathing down their necks, finding their form as we get into the thick of winter. A tough second half to the campaign awaits.

Atalanta head into this match with their stats for the season showing 12 wins and five draws against three defeats, scoring 44 goals while conceding 26. The 41 points collected has Atalanta eight behind current league leaders Inter Milan with a great chance to cut the deficit in this match. If Atalanta can slice that lead to just four points it would give the season a new competitive edge but if the hosts were to fall further behind the pace setters it could call time on their challenge.

The locals have suffered from a lack of consistency in recent league matches with their last five games showing three wins, one draw and a defeat. Of their three most recent matches, Atalanta have taken just four of the nine points that have been available to them and that will be a worry for all concerned. It’s not the form of champions and it’s something everyone in the home dressing room will already know they must improve on. Consistency is the key to challenging for major honours. Does this Atalanta side have the character and skill to challenge for pole position?

Inter Milan were the pre-season picks of many Serie A experts to go and win this league and they have certainly lived up to expectations so far. The problems going on at Juventus have been exploited by the two clubs from Milan, with Inter improving their playing staff knowing they have a great chance to win the league. They hit the ground running this season and for much of the campaign so far there looks to be no stopping them. Inter Milan are the team to beat and the fact they can knock out another title contender with victory in this match should ensure another big performance.

Milan are top of the league on merit with their form so far showing 15 wins and four draws against just one defeat, scoring 51 goals and conceding 16. The 49 points against their name means that although Inter Milan are the team to beat they have company in the form of bitter derby rivals AC Milan, Napoli and Atalanta. Inter Milan are just one point better off than AC Milan and six ahead of Napoli. Despite the competitive nature of the league, Inter are on a winning run and have taken a maximum 15 points from their last five games.

The visitors were last seen in action on Sunday 9 January when recording a hard-fought 2-1 home win over Lazio. The players showed their character to get over the line and continue their winning run but they were pushed hard by a stubborn opponent that refused to give up. The win was crucial that day but fans would have been encouraged by their team’s willingness to roll up their sleeves and win ugly.

Atalanta enjoy the home comforts for this match but they are the team that is under pressure, knowing anything less than a victory could spell the end of their already slim title chances. They must call on their support to go one better than their last match against Inter Milan and secure an important three points. A draw would suit the away side and everyone camped in the home dressing room knows what is expected of them on Sunday.

Inter Milan haven’t put a foot wrong in their recent run but they have been tracked every step of the way by AC Milan and Napoli who seem unwilling to throw in the towel this season. Inter Milan have a narrow advantage and know every win takes them closer to the title. If they continue to rack up the points they will know from recent experience that the challengers will drop off one by one.

The pre-match betting odds available to 22bet members has Atalanta priced at 2.952 with Inter Milan 2.23 to grab a win. The draw is available at 3.76.

Make sure to bet on Atalanta v Inter Milan with 22Bet!