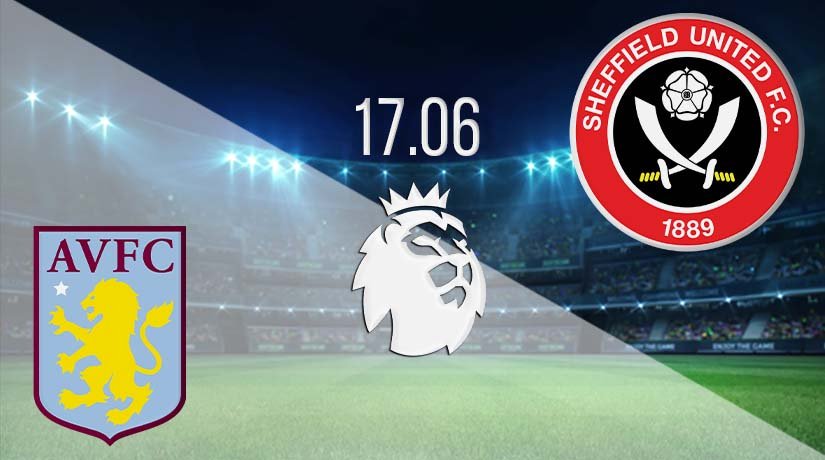 Action in the Premier League resumes at Villa Park on Wednesday evening as Aston Villa welcome Sheffield United to the West Midlands. Villa will be hoping to hit the ground running as they desperately need the points to fight off relegation this season.

Aston Villa begins the restart in the drop zone, but they will have the perfect chance to climb out of the relegation places by getting a win in their game in hand. Villa are only two points behind Bournemouth, Watford and West Ham United, who are all locked on 27 points. A victory over Sheffield United will take Dean Smith’s side up to 16th and would give them the perfect boost ahead of the final nine games of the season. However, they come into this game having lost their last four in the Premier League. They will be boosted by the returns of John McGinn and Tom Heaton, who will both likely make their returns from injury in this fixture.

Sheffield United have been the side that have performed best out of all the newly promoted teams, and they have still have their eyes on a potential place in Europe next season. They have been an incredibly difficult side to beat this season, as they have lost fewer games than Manchester United, Chelsea, Tottenham Hotspur and Leicester City. Defensively they have been excellent, as only Liverpool have a better record than them.

There will be a huge incentive for the Blades in this fixture, as a win would take them up to fifth, where they would be just two points behind fourth-placed Chelsea. If they resume the season as they were performing before, then they would have an excellent chance as they had won three of their previous four before the break. There will be no doubt that Chris Wilder will have his team psyched up for this fixture.

Villa holds the advantage in the overall record as they have won on 63 occasions, while Sheffield United have won 40 times. However, Aston Villa haven’t beaten the Blades in the previous three, and have only won once in the previous five. The last fixture between the sides was a comfortable 2-0 win for the Blades.

This fixture is huge for Aston Villa, and they must get something out of it. Sheffield United have been incredible this season, and it is incredibly hard to bet against them getting something from this game. Therefore, the most likely result would be a draw.

Make sure to bet on Aston Villa vs Sheffield United with 22Bet!