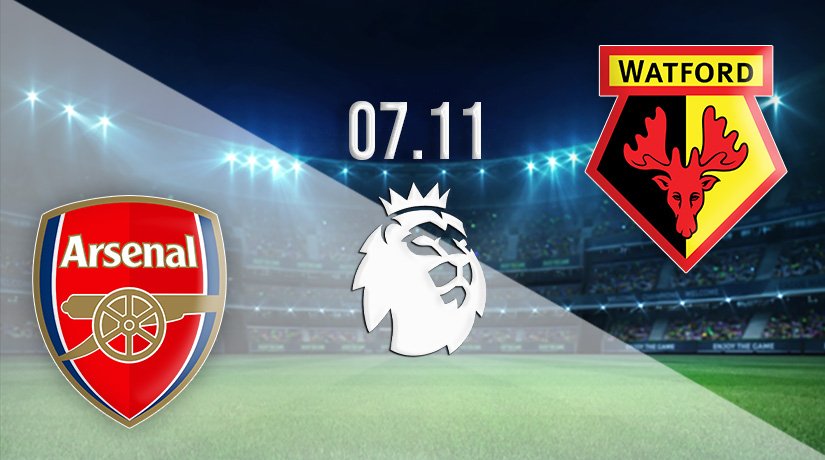 It has been an excellent recovery by Mikel Arteta, as he looked to be on the brink of losing his job after three rounds of games in the Premier League. However, the Gunners could go level on points with teams in the top-four with a win this weekend.

Arsenal are quietly going under the radar when it comes to the race for Champions League places this season. The Gunners have lost three times in ten games this season, and are unbeaten in their last seven.

Arsenal’s form has reached a new gear in recent weeks, as they have won their last two, and have picked up three wins in five. The Gunners can make it a third straight win in the Premier League on Sunday should they overcome Watford. Arsenal’s most recent win was a sign of how far they have come this season, as they beat Leicester City 2-0 at the King Power Stadium.

Aaron Ramsdale was in starring form for the Gunners, as he kept the Foxes at bay. The damage was done by the Gunners in the first 20 minutes, as Gabriel and Emile Smith Rowe scored the goals.

Watford’s struggles have continued despite the appointment of Claudio Ranieri, as the Hornets have now lost three of their last four games. They have also picked up maximum points just once in their last five outings.

Watford weren’t able to build on that memorable 5-2 win against Everton a couple of weeks ago last weekend, as they went down to Southampton at Vicarage Road.

The Hornets looked to play on the counter-attack, but the Saints took the points after they scored with their only shot on target in the whole game. However, Watford will need to do more in the attacking third if they are to stay in the Premier League this season.

Arsenal vs Watford Head to Head

The Gunners have a very strong record in this fixture, as they are unbeaten in five meetings against the Hornets. They have won four times during that run, and have won each of their last three at the Emirates. Watford’s last win against the Gunners came in October 2017.

Arsenal’s incredible run of form has led them to close the gap on the Champions League places. They look likely to take another stride towards the top four this weekend with another win against Watford.

Make sure to bet on Arsenal vs Watford with 22Bet!